OUR OWN VERSION OF THE POLAR EXPRESS

I've always wanted to take my kids on the polar express train that runs at Christmas time around here. You know the one. They keep their jammies on, sip hot cocoa, meet Santa, and take a train ride. It looks magical and I'm sure my boys would go crazy for the train. However, we tried Santa for the first time (ever) last week and they starred at him and said nothing. And, more importantly, the prices for that train ride for the six of us ain't happening.

My sweet friend, Jen, shared this idea with me (I'm sure the original idea is online somewhere) and I'm also sure that I teared up when she told me. In case anyone has not heard of this yet, I'm sharing here so you can join in on the very inexpensive version and, dare I say it, even more magical version of the Polar Express train ride, called...

The Mini Van (or sedan, or SUV, or what have you) Express. 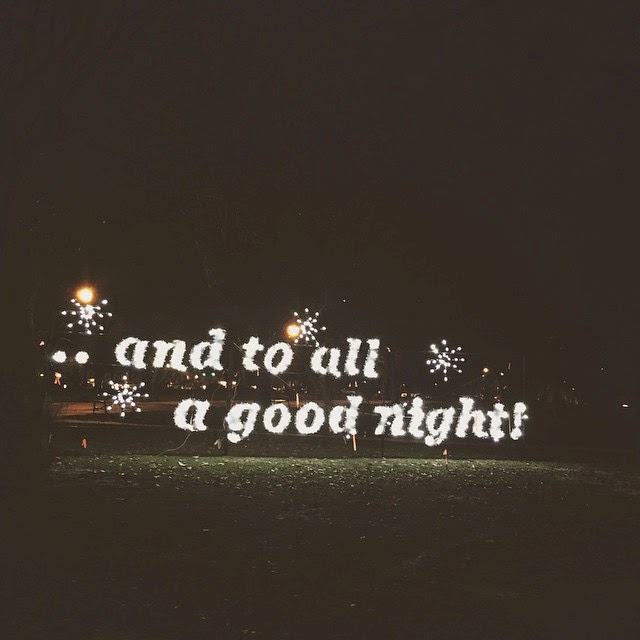 We watched The Polar Express movie this week, with dim lights, popcorn and all. And last night, after our advent activity, I read the book to them. We declared bedtime 30 minutes early and when they went to get into their beds, there was a golden ticket laying on their bed.

The ticket was simple and I made them out of construction paper and gold + black sharpie. They had their names on it and in big letters, GOLDEN TICKET. All the sudden, as they saw the tickets, train horns (whistles? I'm not up on my train lingo) were going off loudly downstairs, and it sounded as if an actual train was running through our house. *isounds app - download it! It's free.

Caleb was yelling ALL ABOARD! while wearing the closest thing we could find to a conductor's hat. He stood at the front door, as the kids excitedly bundled up, got their tickets punched, and loaded into the beloved mini. I brought along brownies and we drove through Dunkin' Donuts for hot cocoas for all (with at least five ice cubes each). We turned up the Christmas songs and drove to a lights in the park show in Albany.

It was a sweet memory made for all of us and I will do this with my kids until they move out of my house. You think I'm kiddin'?

Thanks, Jen, for sharing the wonder.

I hope some of your precious families can enjoy this sweet little surprise with your kiddos this Christmas too! Happy Saturday!