My beautiful friend Ruth is sharing her love story today. You can find her blog here, and follow along with her on instagram here.

Just like the greatest love story every told, there would be no story to tell if not for the extravagant love displayed on the cross of Christ.

Let me start at the end and work my way back. 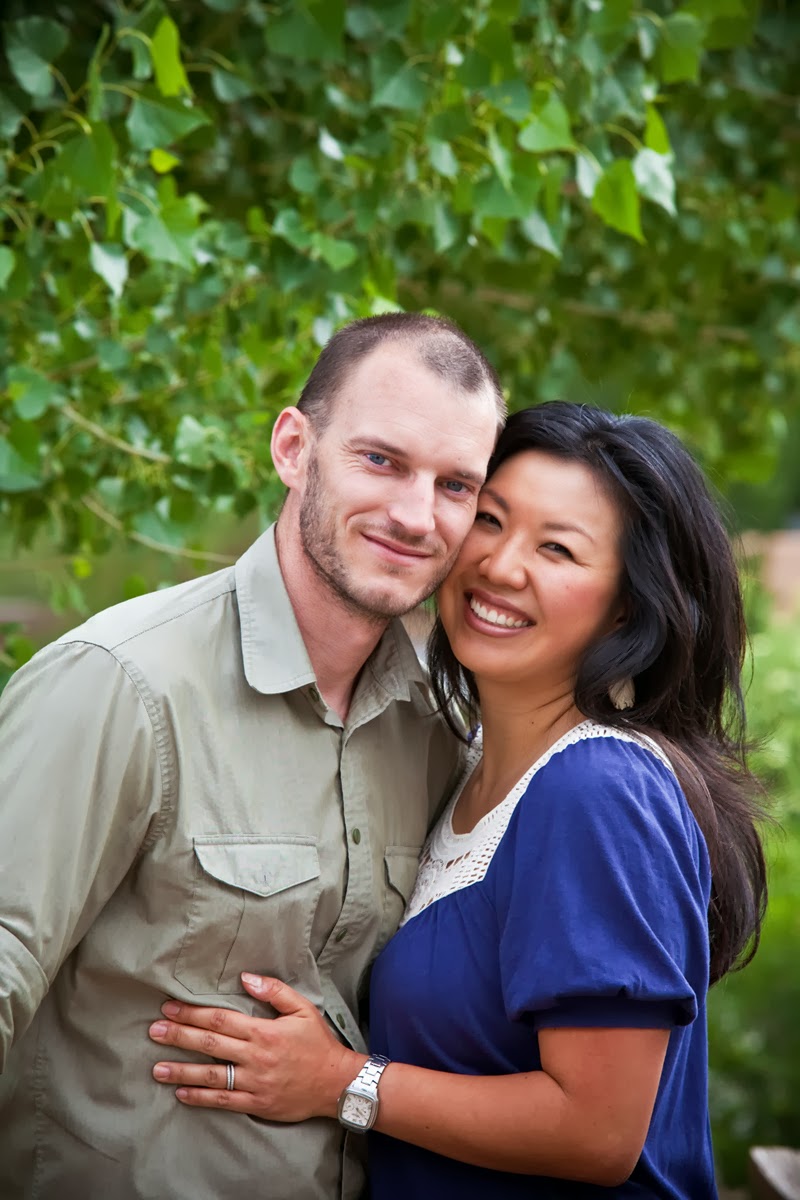 Had I known how costly, how stretching, how pride-crushing, how revealing marriage would be, I may not have been brave enough to say the words, "I do." At least, I may not have said them so flippantly or so confidently. On my wedding day, I was armed with nothing more than romantic and idealistic notions, and a love for the Lord that had more to do with what he would make of my life, and less about how I would make much of him with mine. I was a girl in love with the idea of falling in love…smitten with the idea of who this man I was marrying could become, and convinced of the idea that I was easy to love. It's amusing to think of it all now.

And he…that tall one with the soft but intense eyes…he was in love with the idea of adventure, the road less traveled, the passionate life, and he loved the idea of me at his side. He had no idea what it would mean to sometimes walk with her…and then, sometimes scoop her up and carry her when she couldn’t see past the immediate obstacles and failures. 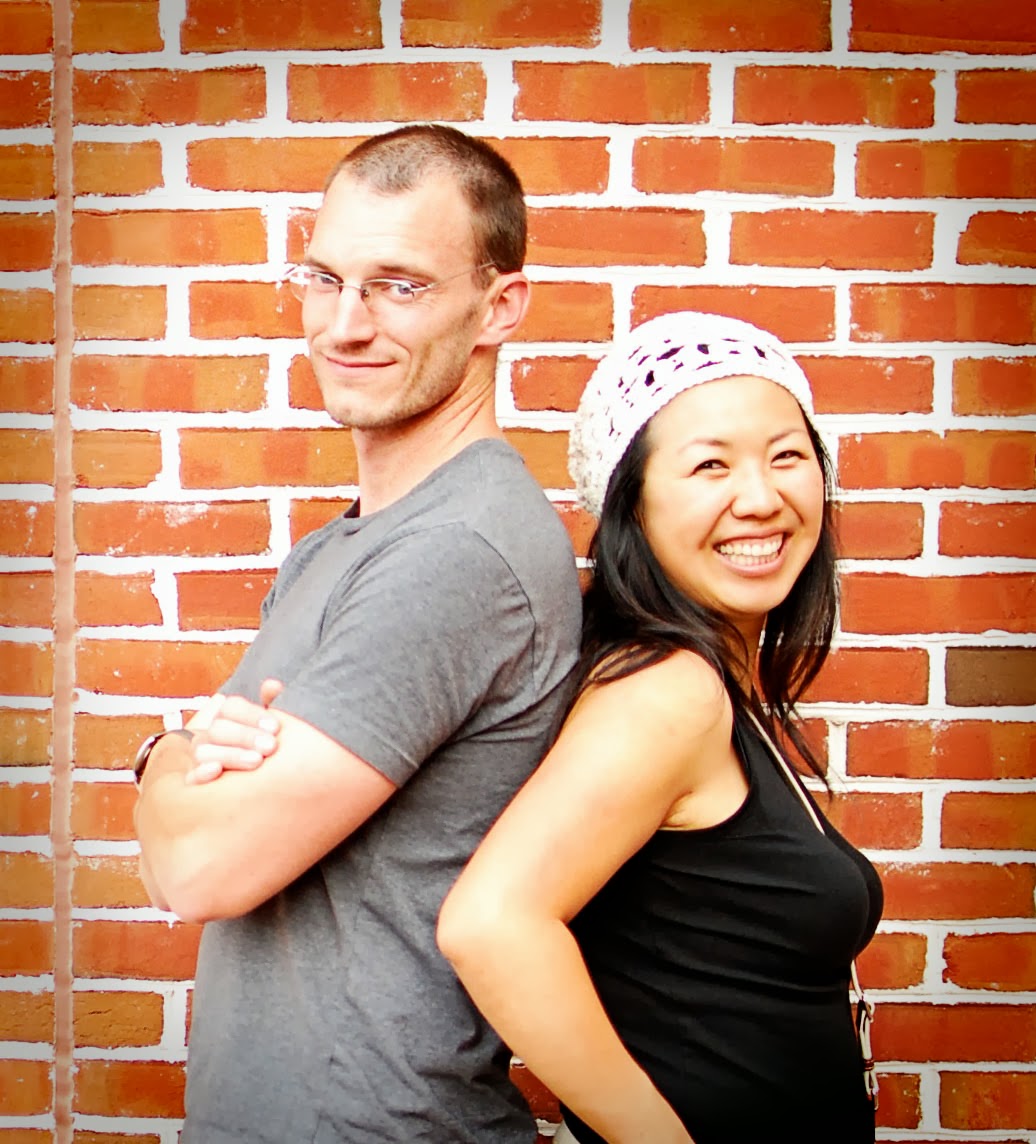 It was almost 18 years ago when I first noticed him, my Troy with the soft but intense eyes. We were at a Christian collegiate small group function, playing one of those slightly cheesy ice-breaker games. I don't remember much about it except that each person had to share something he would NEVER do in his lifetime, and one thing that he'd love to do in his lifetime.

As my turn was approaching, my mind raced with all the things I feared and would never be willing to do (pretty much anything that involves extreme heights!} I anxiously awaited my opportunity to sound like a sissy when Troy's turn came up. I hardly knew him, and had not really noticed him until that night. He was one of those that hid from the limelight, so I'd spent much of my early months at a new University noticing and being noticed by more social and charismatic guys in the group.

But that night changed everything. While each in the group had shared funny and quirky fears, Troy said this when it came his turn: "I'll never...I pray I'll never...deny the name of Christ.”

I still remember it word for word. Everyone nodded and acknowledged his contribution, some passing it off as too serious and over-thinking the question. But for me, his answer captured my heart, though I didn't know then that his strengths would become the perfect complement to my weaknesses in years to come. What I learned about him that night, and what he's proven day after day, year after year for the last 16 years, is this: He does not give up.

I can't is not in his vocabulary--and it's not because he is overly confident. He isn't. He would describe himself in his youth as shy and fearful; lacking confidence and lacking focus. But, as an adult--a sinner saved by Grace--Troy has proven to be diligent, persistent, incredibly disciplined, and unyielding in the face of challenge. That perseverance would be God's grace manifest in years to come as marriage would reveal what only God could tear down and rebuild in our ideas of love. 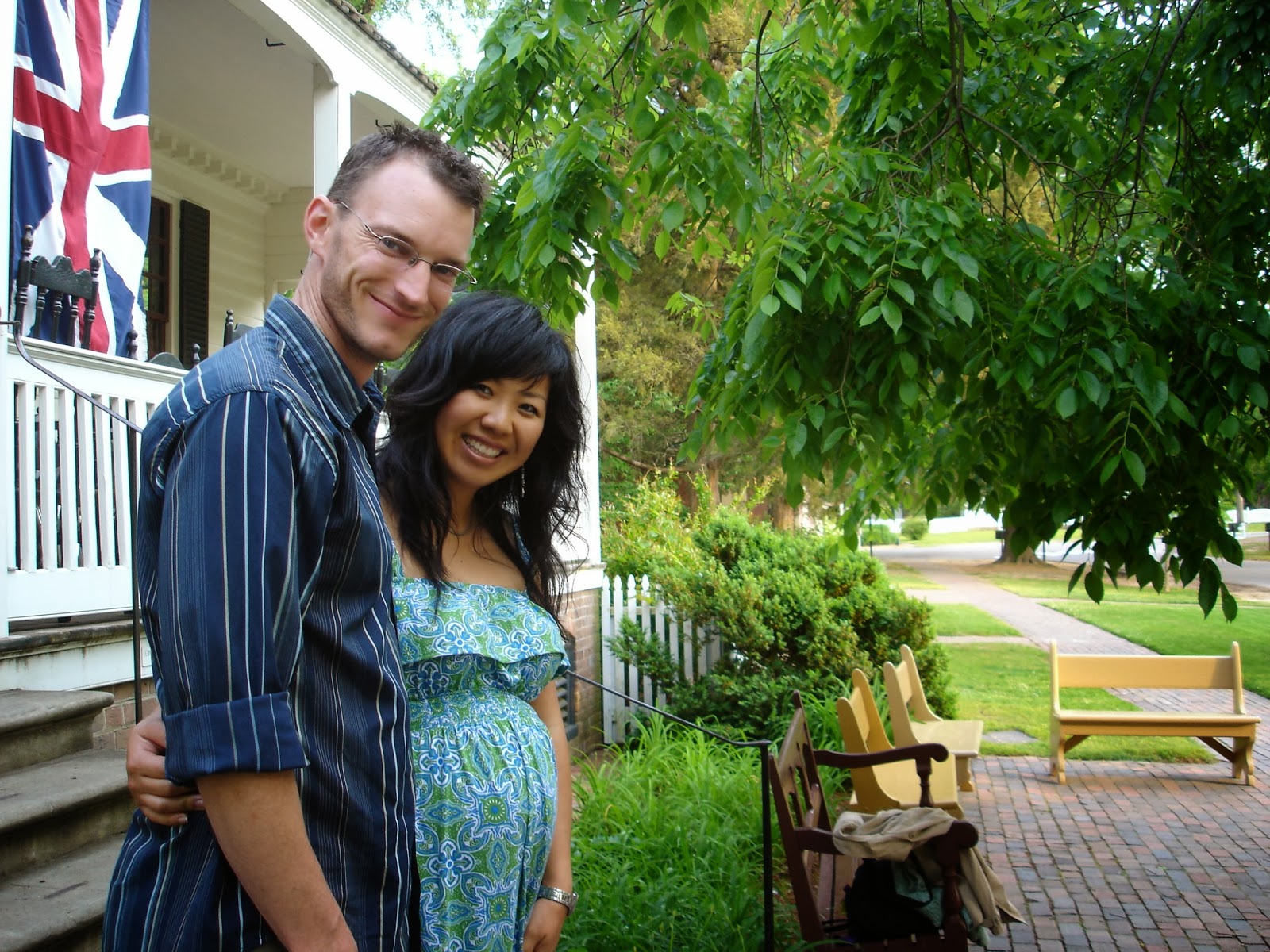 Some friends were a bit surprised when Troy and I got engaged and married after our college graduation. We should’ve been more cautious too, following a year of dating that included an emotional break up, dating other people, a dramatic make-up six months later, and a wedding only six months later. Our adult selves now would have had some words with our “thought we were adult” selves then. Instead, we were high on love and idealism. We packed up our lives, moved away from family, and started our first semester at seminary as a newly married couple. Our plan was to finish seminary in two years and move overseas as missionaries.

Troy was young, but wise enough to recognize that if God’s Word said that a marriage is a picture of Christ and the Church, ours was not reflecting the Gospel to those we hoped to reach through a life as overseas missionaries. Much to my disappointment, he led us away from the course we were on, and away from the ministry path we thought ourselves destined for. Looking back, I knew nothing of submission and trust, but only that of pride and self-preservation. When I say, these days, that I am an unlikely wife and mother, I mean it. Only Jesus could mold and change a stubborn heart like mine. 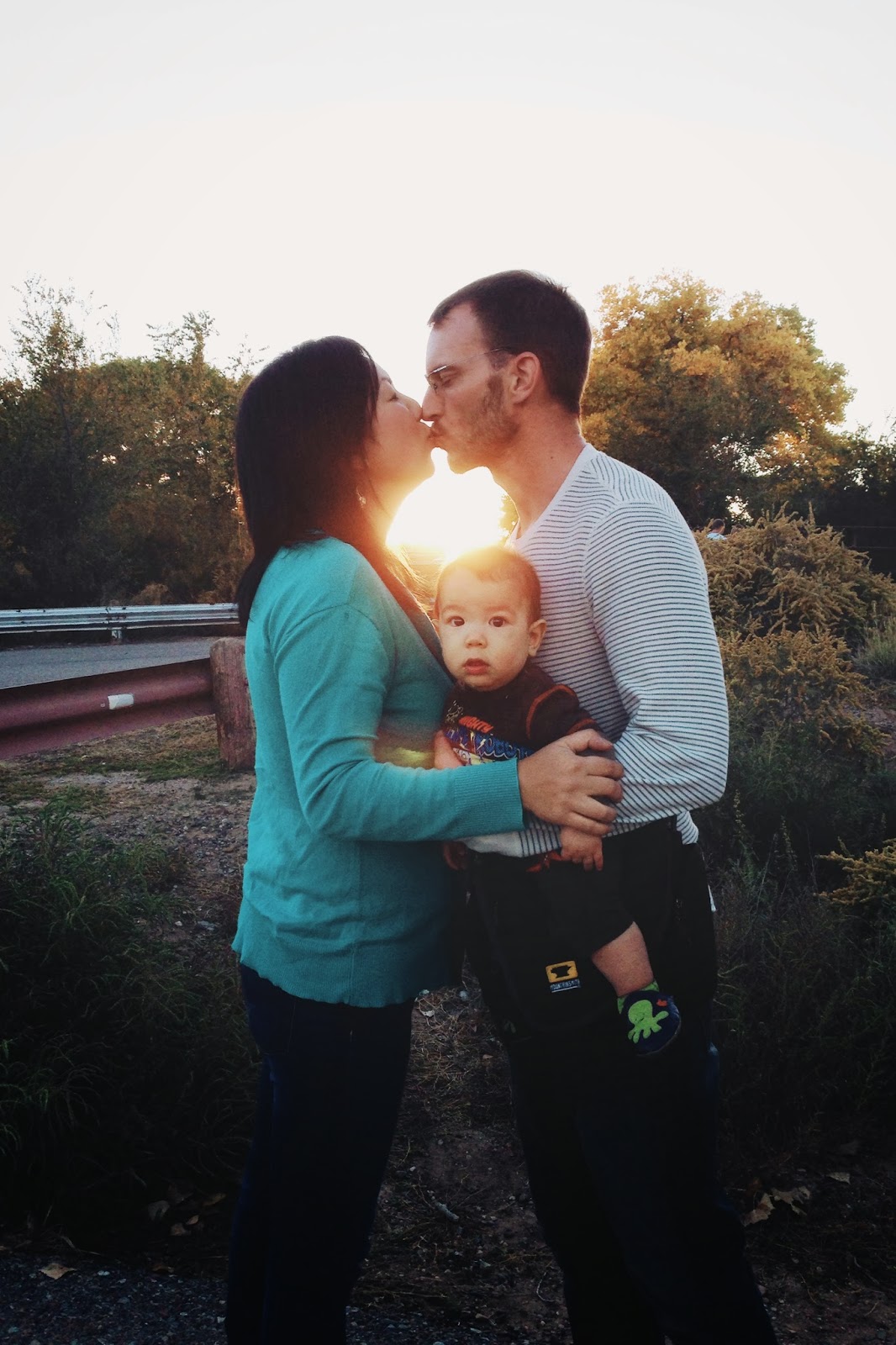 I was a complicated girl with complicated baggage. But, what made us feel worlds apart was more than history, more than upbringing, more than cultural differences, or hopes and dreams. No, we struggled to find unity the first few years of our marriage because we were each living for ourselves as rulers of our own kingdoms.

It's only when two people bow in service to the King of Kings together, that they find themselves on course to love and be loved of one mind. What we came to discover is that God’s primary purpose was not to shape us into people who could have a satisfying, happy marriage. He shapes us into people who are satisfied in Him. The happy and rewarding marriage is but a byproduct of lives being knit closer to Christ than to each other.

If not for Christ, our love story would be stuck on the track of a chart-topping hit about how we make each other feel, how we can't live without the other, or how we'd be nothing without the other's love… 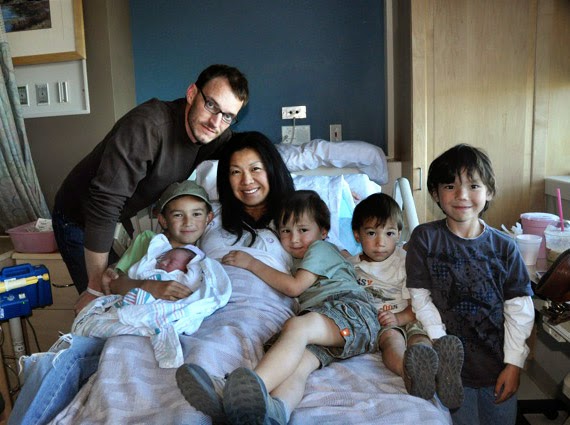 But, instead, the song grace has written from the harmony of two saved sinners, sings of how we love by choice and not by feeling, how we cannot love without Christ, and how our marriage would be nothing if Christ had not first loved us.

All praise to God that our messy, imperfect, ever-deepening love has been given 16 years of marriage and six beautiful young boys to raise together. Along the way, He has used our humbled hearts in more ways than we could have imagined. We never completed that particular seminary degree, and never found ourselves permanently overseas. But, our 16 years of marriage has taken us through three states, 7 countries, 4 homes, one miscarriage, six boys, one church plant, two pastoral ministries, one blog, 3 dogs, one school founding, one home biz, and hundreds of hours home-building, both with nails and with hearts.

Our story is about God's grace working to redeem what we didn't even know was lost, to transform the seemingly impossible, and to leave our hearts unsatisfied with anything short of Christ himself.
at 2/19/2014