My story - our story. Where do I begin?

I'll pretend we're having coffee and you just asked how my husband and I met and how we got to where we are now. And where we are now is 8 years of marriage in May and two little girls making us a family of four.

I guess it all started back in 7th grade.

I hope you poured a big cup of coffee. This may take a while.

There was this boy, Eric, that sat behind me in science class. You know, that typical junior high boy that thought it was cool to pester girls by being totally immature. He'd hit me with his ruler, burp and blow it in my hair - gross, make fun of me - for what I don't even recall and all sorts of other things to annoy me. He was less than dreamy.

But as they years went by, we had more classes together, he stopped pestering me as much and we were quickly becoming really great friends. I liked how he made me laugh. And he was really smart. But what I loved most about him was how big his heart was. He was kind to people that weren't nice to him. He loved the people that were hard to love and just generally cared about others. He brought out the best in people which is probably why I enjoyed being around him so much. 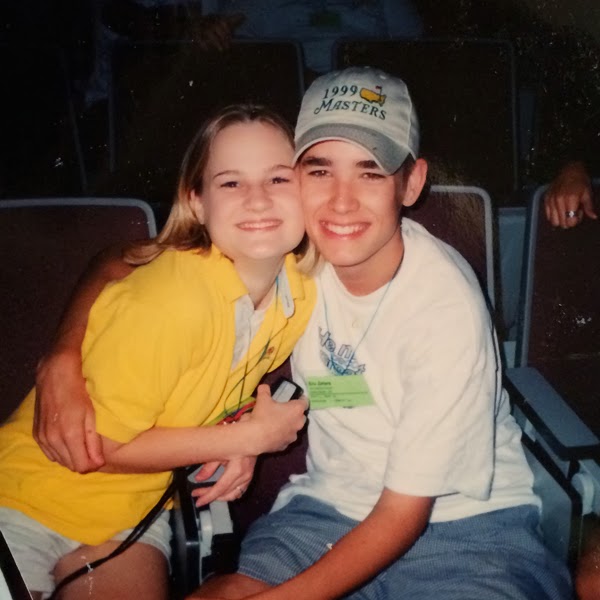 We passed a lot of notes back and forth, hung out with friends after school, he started coming to my church and we talked for hours and hours on the phone. He was my closest guy friend.

Heck. He was my best friend period.

But that's all it was, a great friendship. I never thought of him as anything more. To me, he was like the coolest brother I never had. 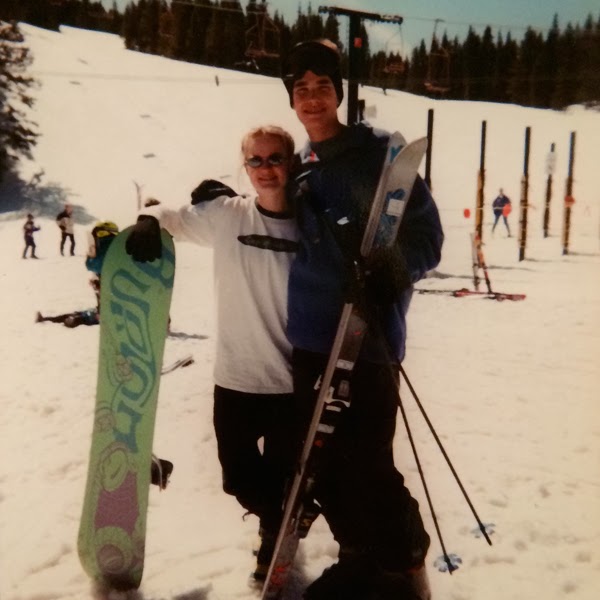 But then in 10th grade he made it pretty obvious that he liked me. He asked me out on dates but I'd say no. Maybe it was the memories of the burps or hitting, but I just did not see him as anything but my friend so I continually said no.

Friends would encourage me to say yes and just go on one date with him. What would it hurt?

Um, how about letting him think there was a chance when there was no way I could ever see him as more than a friend?!

Not that there was anything wrong with him, either. He had the top qualities I was looking for in a guy: smart, funny, loved God and was pretty decent looking. But I just knew him too well for too long so the no's kept coming and we remained the closest of friends.

He dated people, as did I and we continued our talks on the phone for hours on end about everything and nothing. 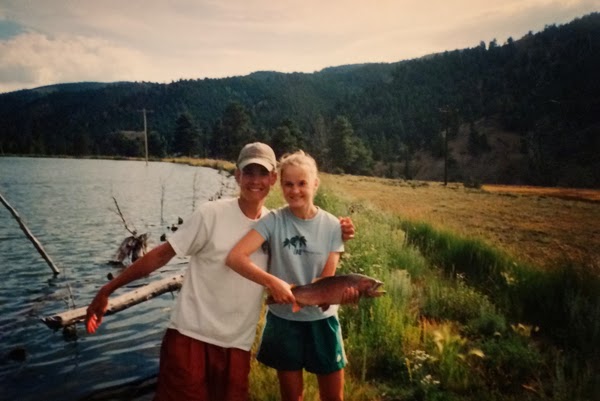 Then there was this conversation with my mom. I remember it as clearly as is was 15 years ago.

Yikes. I had to do the math on that one and didn't realize it was so long ago.

Anyway, one evening I was sitting with my mom talking about colleges and where I wanted to go. I was in the 11th grade at the time so college was a big topic. Then the conversation turned to what friends were going where and who would I miss and who I thought I'd stay close to. And the strangest feeling came over me. All thoughts led to that boy. I knew where he was going to college. He'd only asked me to join him and his parents for college football games EVERY single weekend the past year. I knew if I went somewhere else we would lose touch and our friendship would probably end. And it hurt. I didn't want to lose his friendship. But there was something more and I had never realized it until that moment. I didn't want to lose him.

That evening rocked my teenage world. I suddenly found myself looking at him in a different light. There was a charm about him I'd never seen. And all of a sudden - he was kinda cute. The past 5 years had done him good. He was once shorter than me but now he was a good 4-5 inches taller. And he was still that same great guy I had loved for years as a friend.

But there was a problem. He had a girlfriend. I felt like I lost my chance and it stunk. I mean, I'd told him no so many times and he finally stopped asking me out and had found someone else. I wondered if he would he stay with this girl? If not, would he give me another chance?

And one day we were hanging out, talking as we always did. I don't know what we were talking about, it didn't matter. I looked at him and thought, now or never. So I decided to just go for it. I gathered up my guts and just kissed him. I had some moxie, what can I say. He didn't push me away and not long after we had the "talk". It was so lame.

So are we like boyfriend and girlfriend now?
I don't know, I guess.
I don't want to date anyone else, do you.
No, I guess not.
So, boyfriend girlfriend?
Is that cool with you.
Yeah.
Cool.
Meet too.
Okay.

So maybe I don't remember exactly what was said but I do remember thinking we were both so lame and awkward.

And that was that. High school sweethearts. Best friends. And I knew I would one day marry that boy. 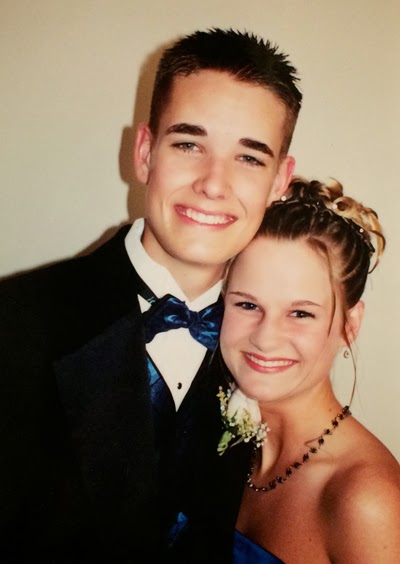 But, then came college. We both went on to the same school but there were really great times in our relationship and really rotten ones. We were both changing so much and although we still got along great, it was becoming more and more difficult to be the "us" we had been after so much change. And on top of that, my relationship with God was hurting. Going to church on Sunday was a whole lot harder when you stayed up late on Saturday and let's be honest - I wasn't doing my best at living as God intended, nor was he.

As my graduation approached, talks of marriage became more frequent but it seemed like we were trying harder and harder to make this idea of us work when it was just wasn't. We both loved each other so much but were both making a lot of mistakes in the relationship.

I was graduate a good year to two before him and we decided to get engaged. Surely that was the answer. Once we graduated and got married all the stress of school and friends and time would be gone and we could just be us again. 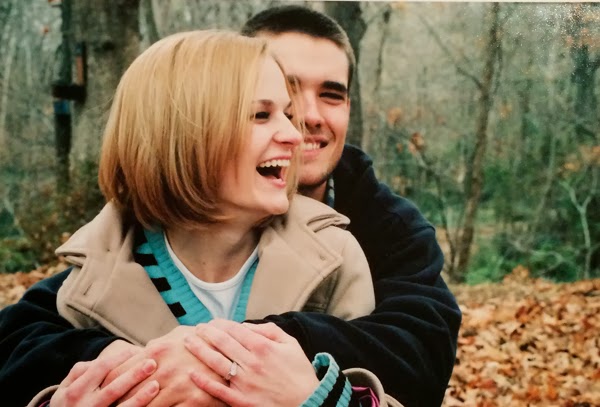 He asked the question. Gave me the ring. We planned the wedding. Reserved the place. I got the dress. Then he called it off.

I was angry. Hurt. Devastated. I was mad at God for letting me love someone and believe he was the person God made for me, only to have my heart broken.

But you know what? Him calling off the wedding and our relationship was exactly what was needed.

After I went through the tears and heartache, I saw myself and didn't like what I had become. I realized I had allowed myself to find my identity and strength in a relationship with a boy and not from God. I had relied on a boy to make me happy. To give me security. To give me identity.

Not cool, les. Not cool.

So the breakup was a gift from God and I wasn't angry or bitter or hurt anymore.

After about three weeks after the breakup, he stopped by my apartment out of the blue. I was a little surprised that I didn't want to stab his eyeballs out when I opened the door and instead was just happy to see him and say hi. It was a short visit. Just small chit chat stuff. He left and I was thankful that the hurt was gone and that chapter was finished.

Not long after, we picked up our friendship and not much longer after that, we started a new relationship. Not one of teenage dreams and ideas of love but real love and compassion for each other with God at the center.

We eventually got married - surprise! 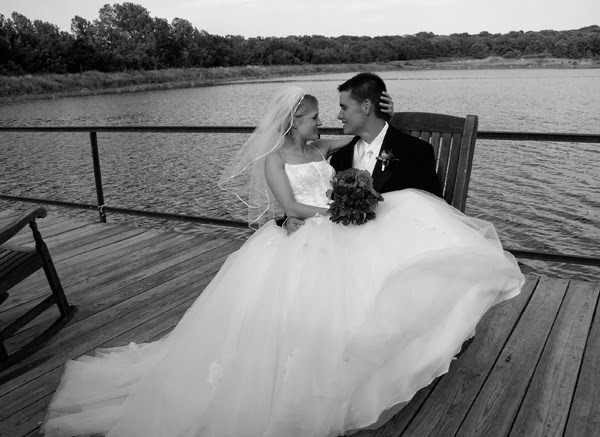 And now here we are. Eight years later. Husband and wife. Best friends. Mom and dad to two of the cutest girls I've ever seen. 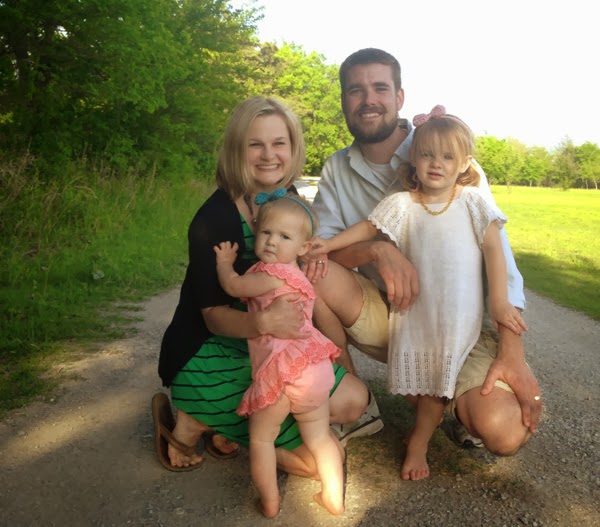 We've had our seasons of rough and ugly where life just seems to take it all out of us.

Seasons of laughter, fun and dreaming big where life seems it can't get any better.

But through it all, the good and the bad, at the end of the day, I get to live this life with my best friend. And for that, I'm thankful and I praise God everyday for giving me this gift of life with them.
at 2/17/2014