Kate is sharing her love story today. You can find her blog here, and follow along with her on instagram here. 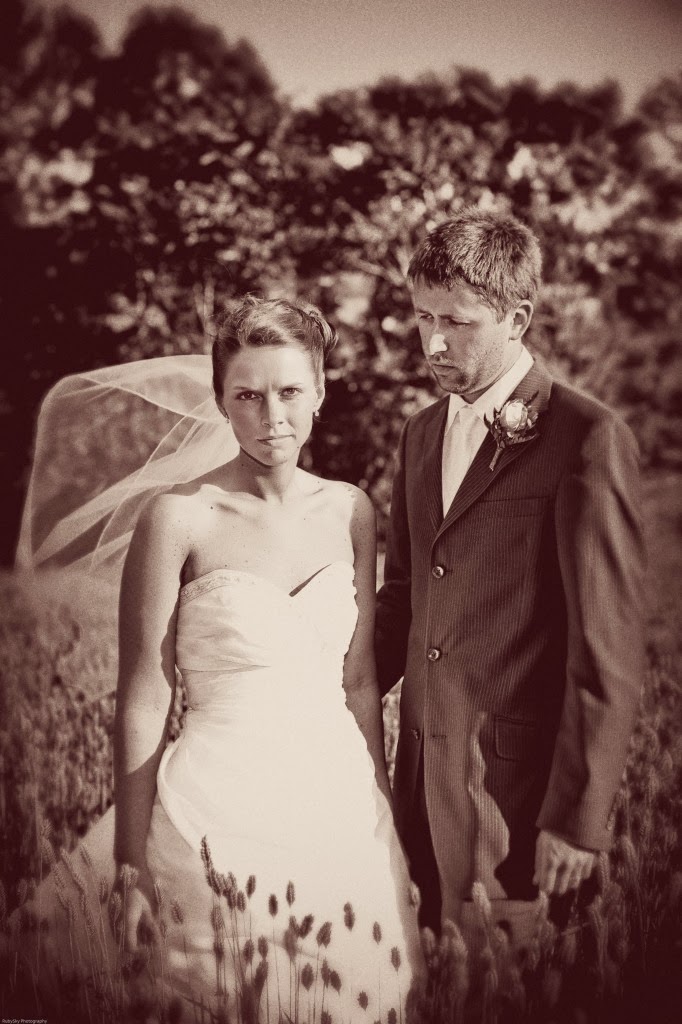 Four years ago on a warm day in May I married my best friend!!!

Just kidding, this is not that blogger. But I did get married a few years ago today to a guy who now looks a lot less like my boyfriend and a lot more like the guy who scrubs the mold from our bathtub. Thanks rockstar! I hope those chemicals are not giving you a degenerative disease.

Marriage is a funny thing. We like to joke about it and act as if the whole thing is just a giant sketch from Everybody Loves Raymond, but really it's pretty serious. We stand up in front of one or five hundred people and pledge to love a person even if they lose all their limbs or can never find anything in the refrigerator. We nod our heads and say I do to a lifetime of the same conversations.

"No. We just had spaghetti."

It is not something to take lightly.

It is also not something to take too seriously. For example, if your spouse casually mentions you are poisoning your fetus by drinking a Coke, maybe do something unpleasant to his toothbrush. Put some salt in his tea! Maybe turn all his shirts inside out.

There are so many options. 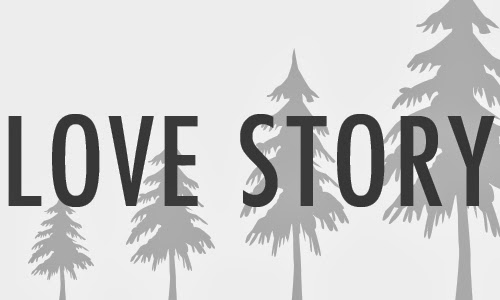 I got engaged when I was 18 years old on a cold day in December to a boy I would never marry. He was my high school sweetheart and everything a girl could want; smart, sweet, handy with jokes. He was the guy you elect class president, the guy you take home to your parents. He took me to the beach and put the ring in a shell. I was shivering and expecting it and very, deliriously happy. It is a good memory.

Three years later we said a final goodbye after a series of very un-final goodbyes. I had been awful to him for a very long time. He should have walked away and he did. I was filled with so much regret that I wanted to die. I almost did. It is not a good memory.

I graduated college a few months later with a stomachache and the realization that I should not have majored in English. I was a depressed and hopeless cliche. I drank too much, ate too little, and dated people I didn’t actually like. At one point I woke up at 3am underneath my car in a driveway that was not my own and thought, “I need to get it together.” It was very unflattering.

Meanwhile a stranger in the class above me messaged me with a booty call disguised as a "friendly hello." I rolled my eyes and laughed with my roommates. He was cute but I didn't know him and had better things to do like get drunk in plastic baby pools, attend poetry readings, and generally act like an asshole. My friends hated me.

Then one night when I was bored and lonely, I decided to write back to the stranger. I was aloof and cool and trying not to act interested. All I knew was that his name was Austin Baer and he'd moved a few states away. I had nothing to lose.

For the next three months we proceeded as casual online friends. We never spoke on the phone and there was never any mention of romantic intentions. We simply wrote back and forth about our days while I slowly got my life back together. When he finally did ask me on a date, I was cautious but excited. We went to a Format concert in Washington DC with a group of his friends. I changed my outfit ten times before I left. I don't remember the concert, but I do remember my hands. I never know where to put my hands.

We took things very slowly. I learned he hates Christmas placemats and Sufjan Stevens. He learned I hate carrots and loud chewing. Seasons changed and so did we. We fought, we made up. We moved, we changed jobs. Most importantly, we fell in love. 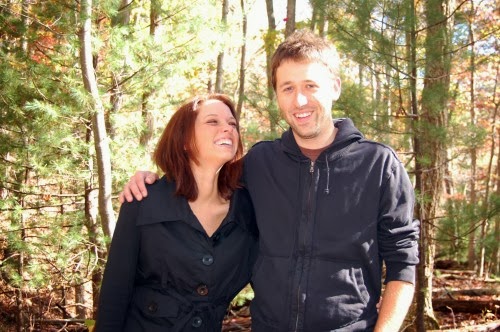 Then one pale Christmas Eve, I opened a handmade jewelry box and inside was my great-grandmother's ring. It was three in the afternoon. I said yes.

We’ve been married for a few years now, and if there’s anything I’ve learned--it’s this: Marriage is not just a spiritual union. It’s taking out the trash and folding the other person’s underwear and asking if they’d like the last piece of chicken. It’s saying you’re sorry when you’re not really that sorry and biting your tongue when they are slurping their cereal and you just want to scream. I know the hardest parts are yet to come, but I have to hope that our foundation is strong enough to withstand the worst of storms. I also know that love, in all its ambiguity, grows and changes for better with time. As always, Mark Twain says it best: Love seems the swiftest, but it is the slowest of all growths. No man or woman really knows what perfect love is until they have been married a quarter of a century.
at 2/12/2014