Well. It's February, so you know what that means? It's A Love Story month here at Take Heart. I almost let this thing go this year, but I love love too much. So I emailed some pretty amazing women at the very last minute and now I present to you, the third annual Love Story series. Kicking things off is my beautiful, hysterical, selfless sisterfriend Kara Murano. You can find Kara's blog here. And follow along with her on instagram here. 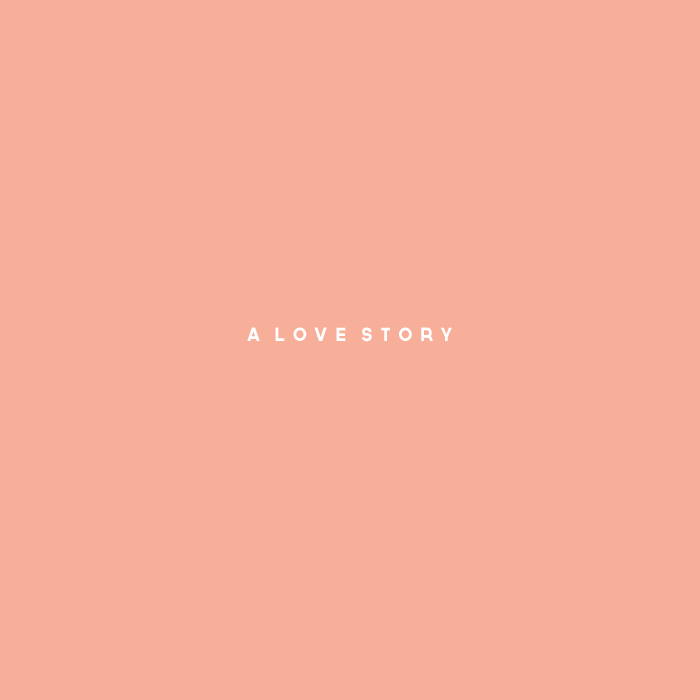 freshman year of high school
I was 14 and dating a boy from my church, loving life. I started high school and like many freshman took my first year of spanish class. in that class there was this boy with a curly afro. we didn't sit near each other but somehow we figured out that we liked the same type of music. I would often make my way over to his desk and slam my hand on it to make his cd player skip. was this flirting?! immaturity?! who knows. but I did it all the time. we became friends, but were both dating other people. on the last day of class before summer he gave me a mixed cd (how romantic right?!) and we went our separate ways. over the summer we both found ourselves single.

sophomore year of high school
I didn't talk to marc all summer and we didn't have any classes together in 10th grade. I was busy with school and friends and various not serious boyfriends and we went a couple months without running into each other at school. this next part I will never forget. it was early november and I had just found out that the senior boy I had been dating actually had a girlfriend already and I was sad/pissed/bummed out. I ran into marc for the first time all year as I was walking out to get picked up from school. we hugged & talked for a little while & swapped screen names so we could chat on aim (aol instant messanger, anyone?!) when we got home. we chatted every single night. my mom would come out to the dining room at midnight and tell me I better get to sleep or else! so we would sign off until we could see each other at school the next day.

we were about to have a 3 day weekend for Veterans day and marc mentioned that he was going to miss seeing me for those few days and suggested we hang out over the break. I was so excited. he came over to my house that week and we hung out, played with my little cousins and watched movies on the couch. we watched a walk to remember because I figured it was too early in the friendship for him to opt out of chick flicks. that night we had our first kiss.

and that was it.
there wasn't a formal, will you be my girlfriend moment.
that's just so not us.
we're weird & not super traditional
but I knew, I was totally his girl

we became inseperable. we ate lunch together. actually, we shared lunch every day.we met for a kiss between classes. we saw each other before and after school. we were together at his house or mine a lot. he went to dinner with my family and I for the first time and my mom called him Mike. kind of embarrassing. we held hands and wrote each other poems and letters (which I still have). we passed notes back and forth in our shared geometry book. we still chatted on aim every night super late. we went to drivers ed together & took our permit test on the same day. he showed up at my front door with a white rose on my 16th birthday and surprised me with a trip to disneyland.

we were as serious as two 10th graders could be. but we did not say "i love you" because that was way too serious and weird at age 16. but looking back I think even then, without being able to verbalize it, we were in love.

now, for your viewing pleasure some fun/embarrassing pictures of us from high school 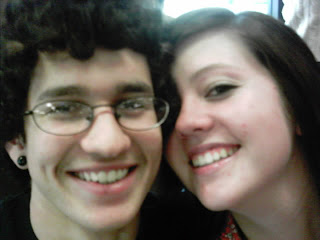 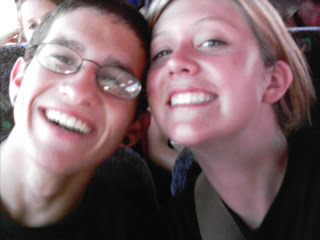 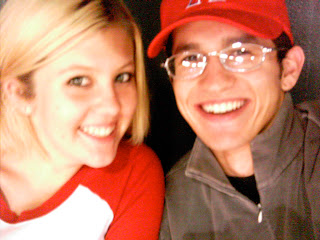 we dated through high school and once we finished attended a local community college together. those years were a lot of late night homework, both working a ton and barely seeing each other. we were totally in love and knew that we wanted to be together forever. at this point we (along with all our family and friends) knew that we would eventually get married but we were waiting for the "right time" you know that time when we're all finished with college, have stable jobs and enough money saved to buy a house. all good & wise advice but we weren't one to do things the conventional way.

the year we turned 19 we started planning this amazing 6 week long backpacking trip through europe that we were going to take a couple months after we both turned 20.we planned the 10 countries we would go to and we worked our butts off to save for this trip. it was going to be the adventure of a lifetime. fast forward a year. our bank accounts are full, our plane tickets are purchased and we are one week away from getting on a plane to london where our 6 week adventure would begin. this is where things get a little crazy.

some things happened, words & ideas were exchanged and through all of it marc & I got this absolutely insane idea...

lets get married before we go to europe and make it the most awesome honeymoon ever!
(mind you, it's tuesday and we leave in one week)
once this crazy idea entered our head we knew it was right and that we were going to have a whirlwind 5 day engagement!
we told our families and they were surprisingly supportive, i guess they figured we were going to get married anyway so why not. we decided on a very small & simple ceremony that would take place in my parents backyard on sunday (which also happened to be fathers day).

so five days later, on a sunday afternoon we were married in front of 30-40 of our closest friends and family members. it was a simple, sweet and amazing day and i would not change a thing. 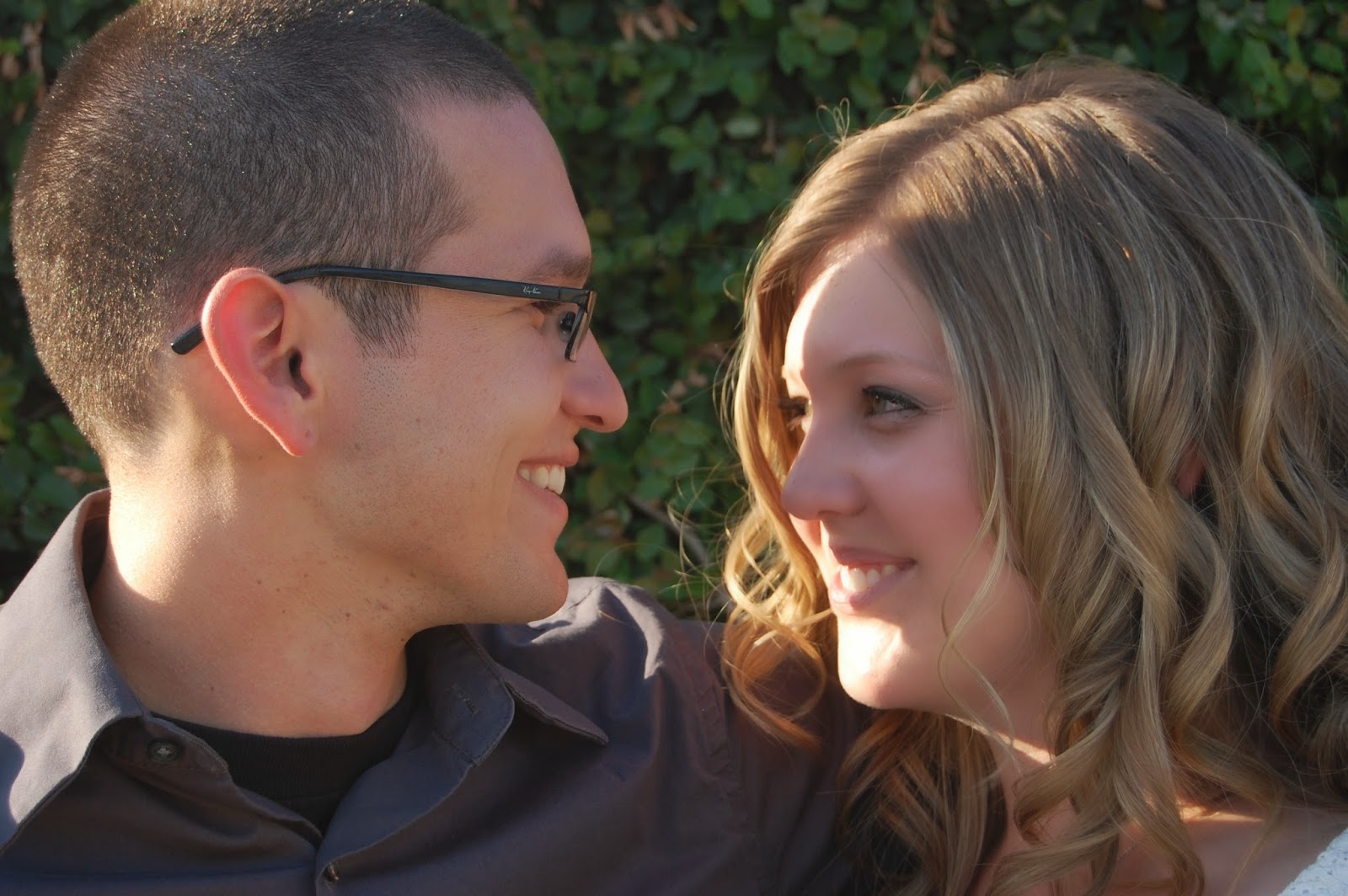 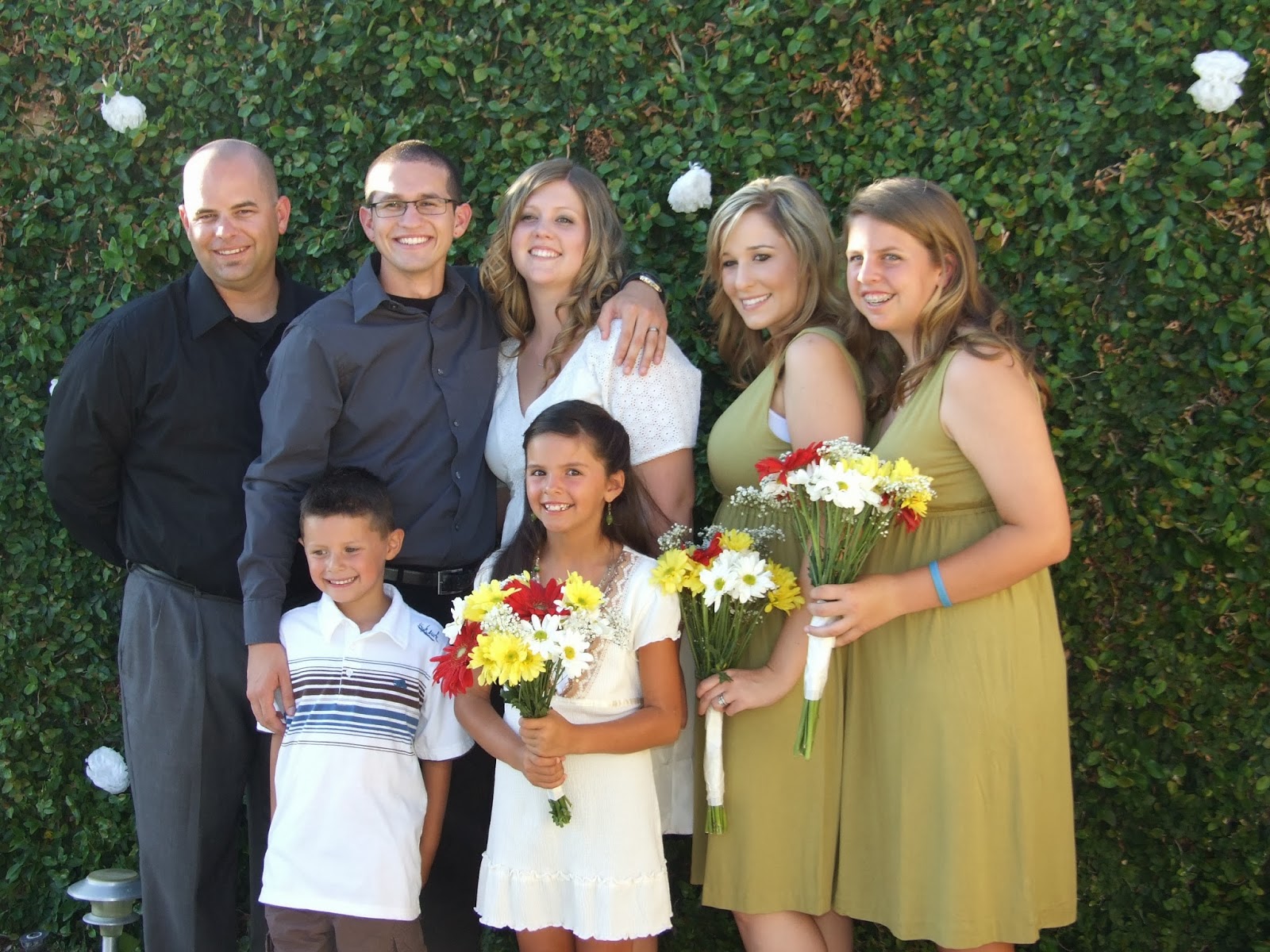 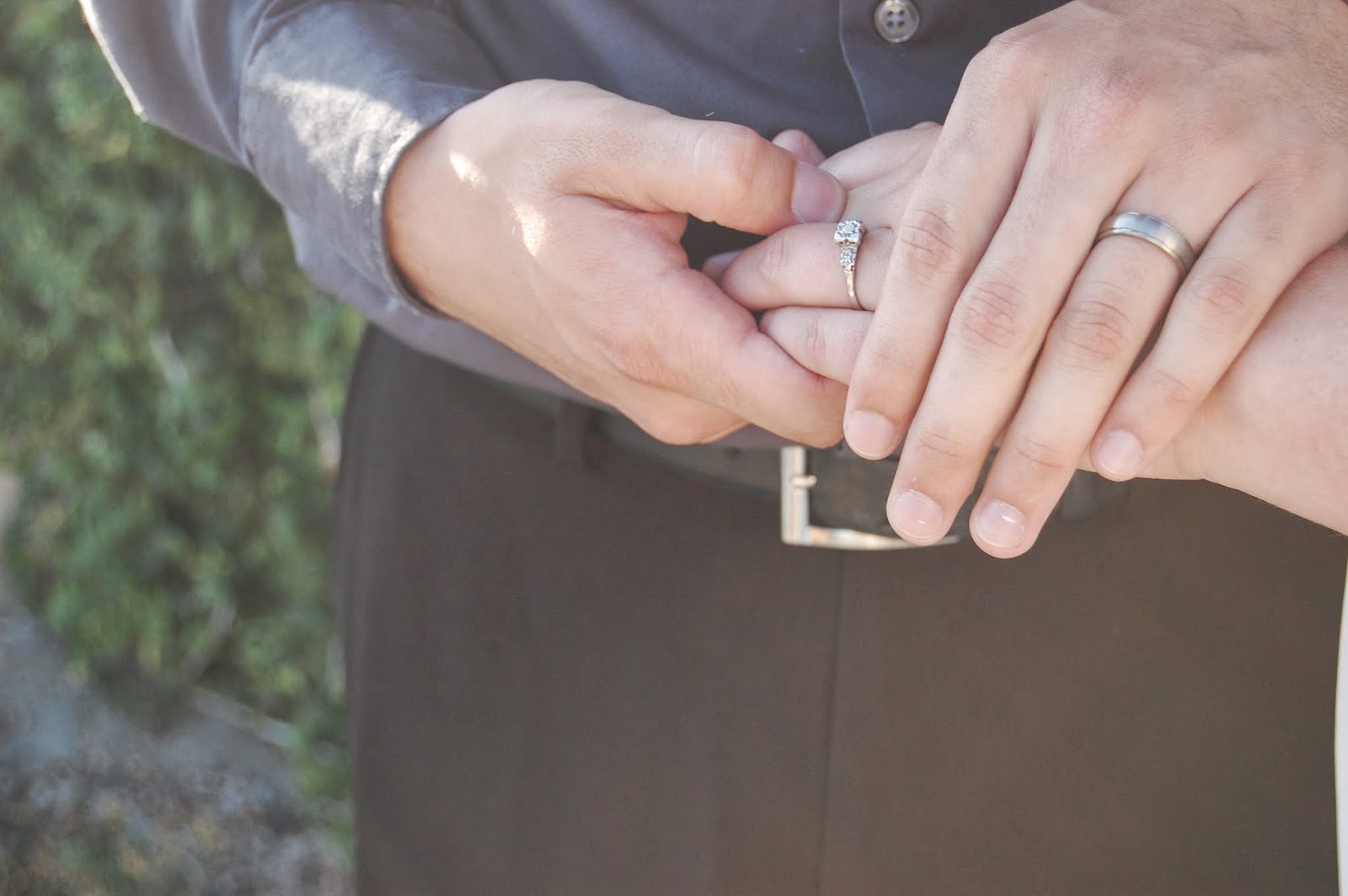 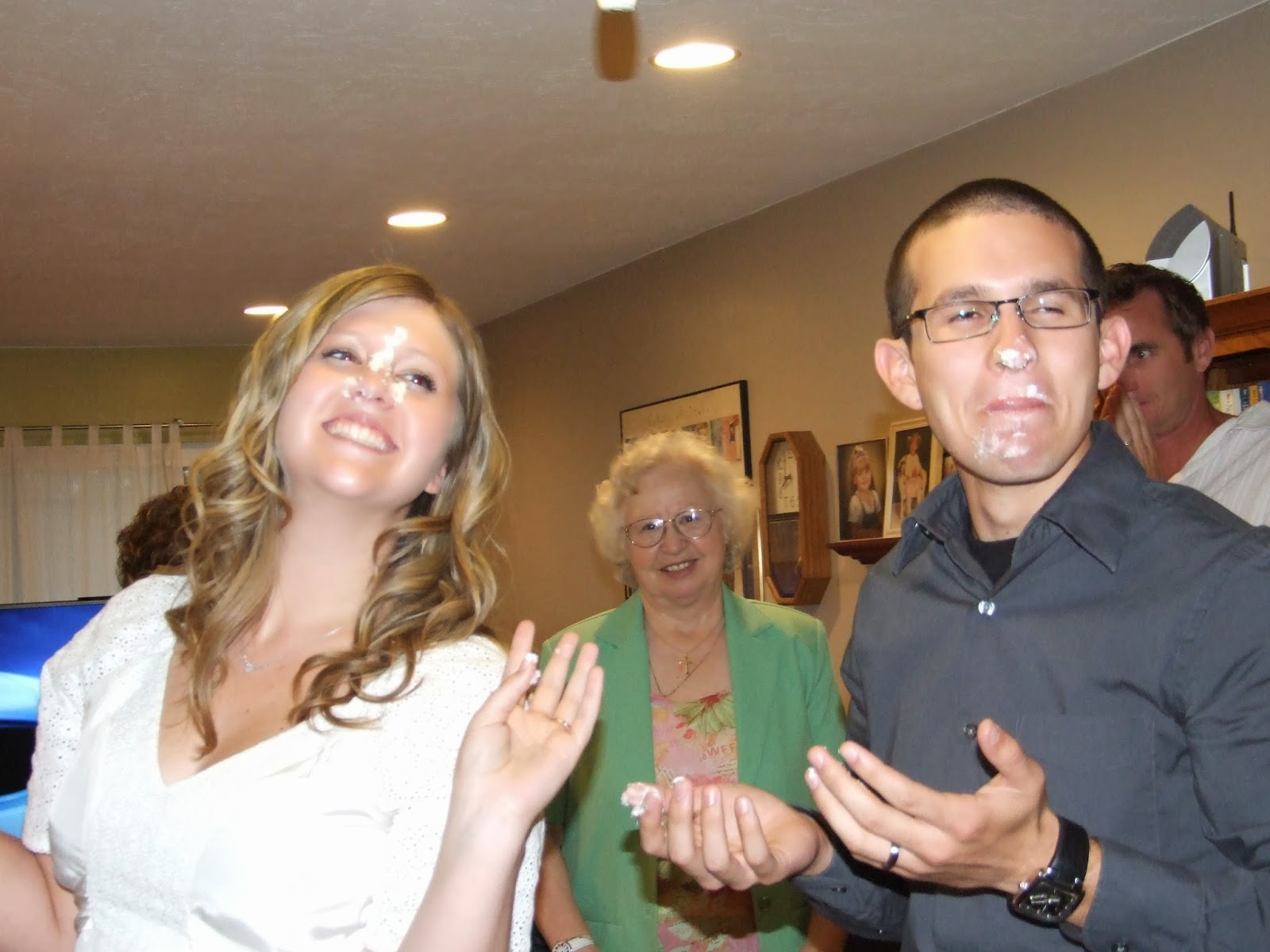 we stayed in a hotel nearby home and a couple days later headed off to the most unforgettable honeymoon ever! we backpacked through ten countries in six weeks and it is one of the most amazing experiences i've ever had. there is no one on the world i would have done that with besides my awesome hubby. we learned a lot about each other in those 6 weeks, i kinda think that every couple should do a crazy trip like that, really makes you communicate and see each other in a new way! 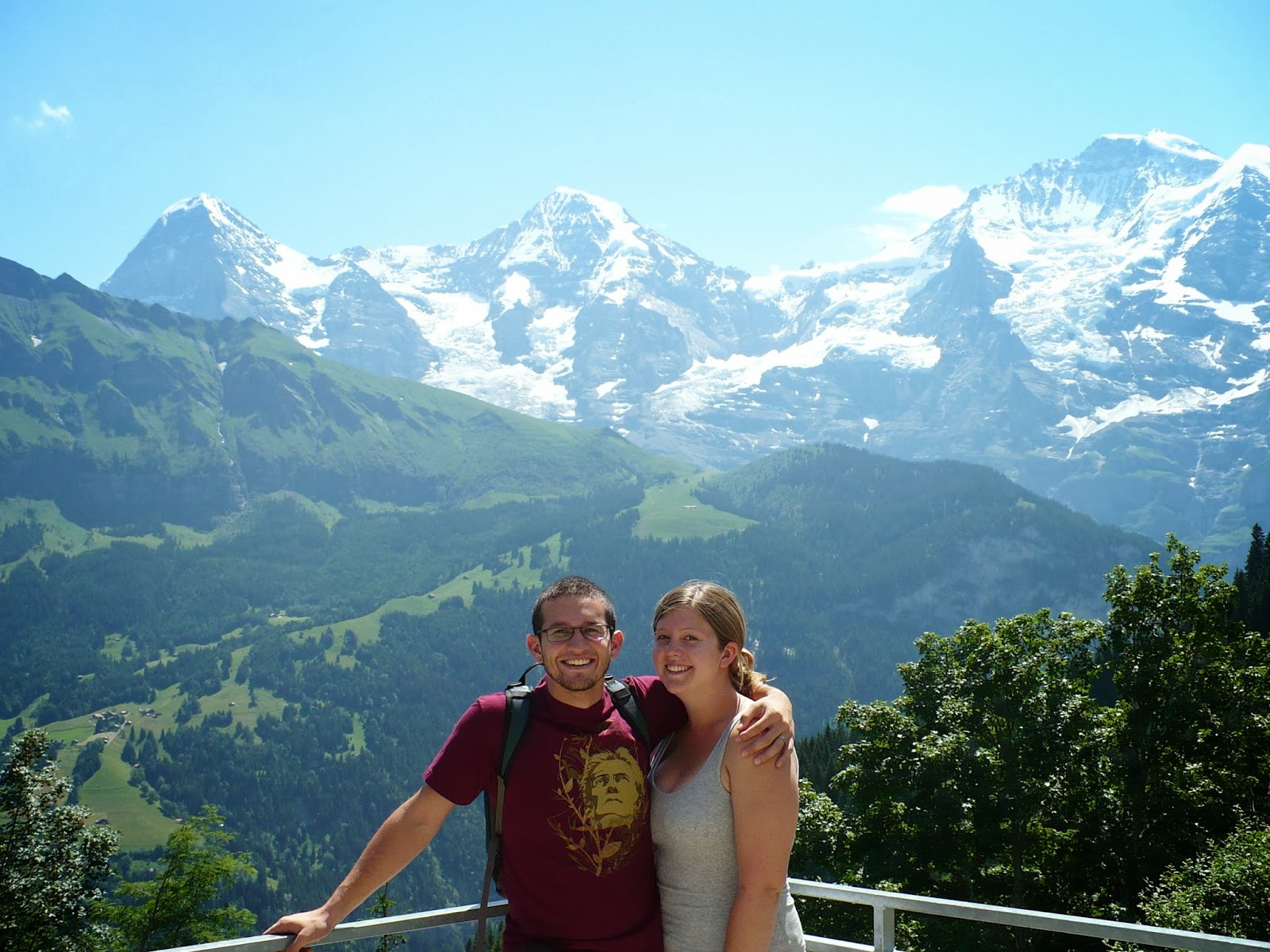 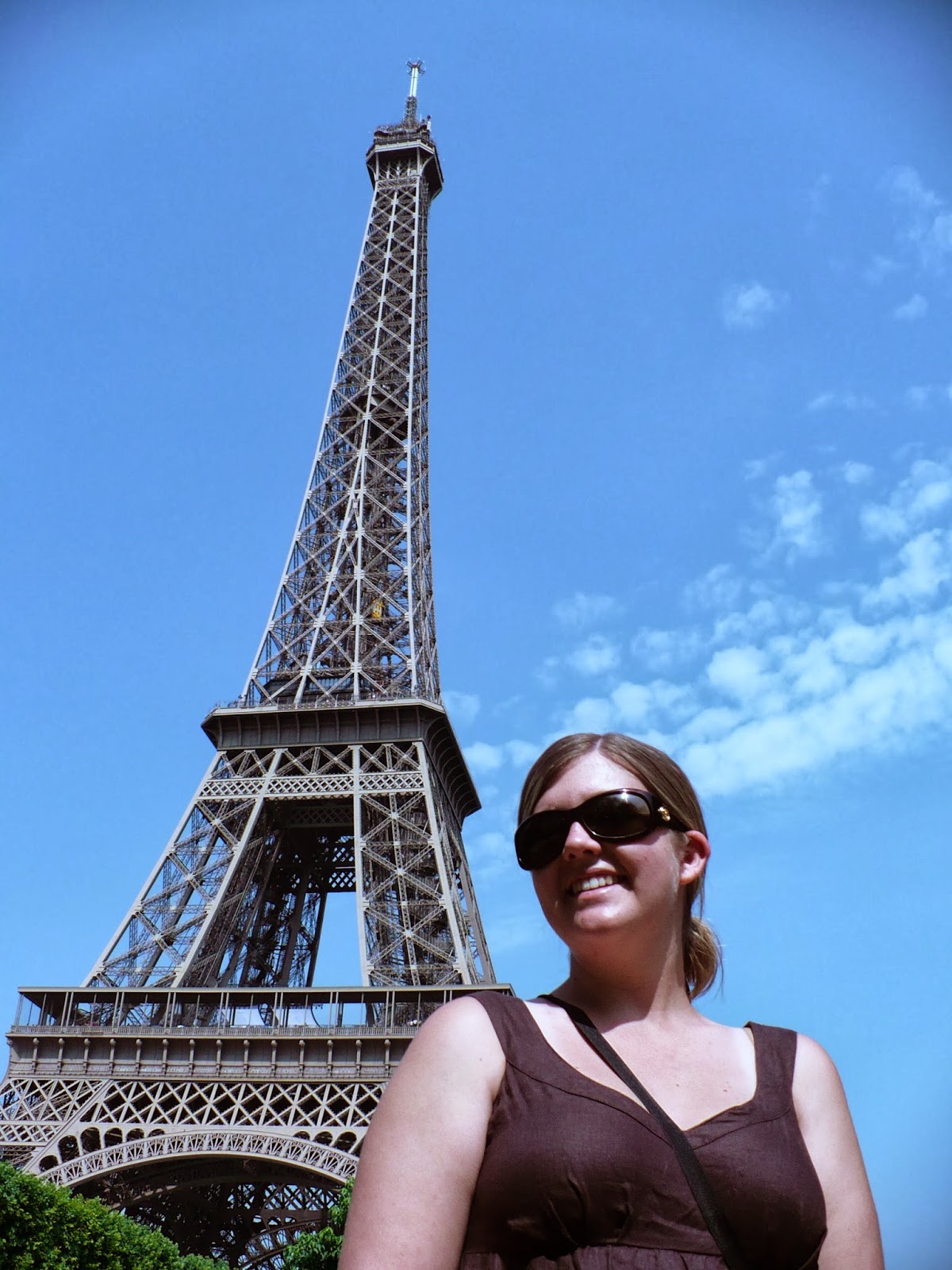 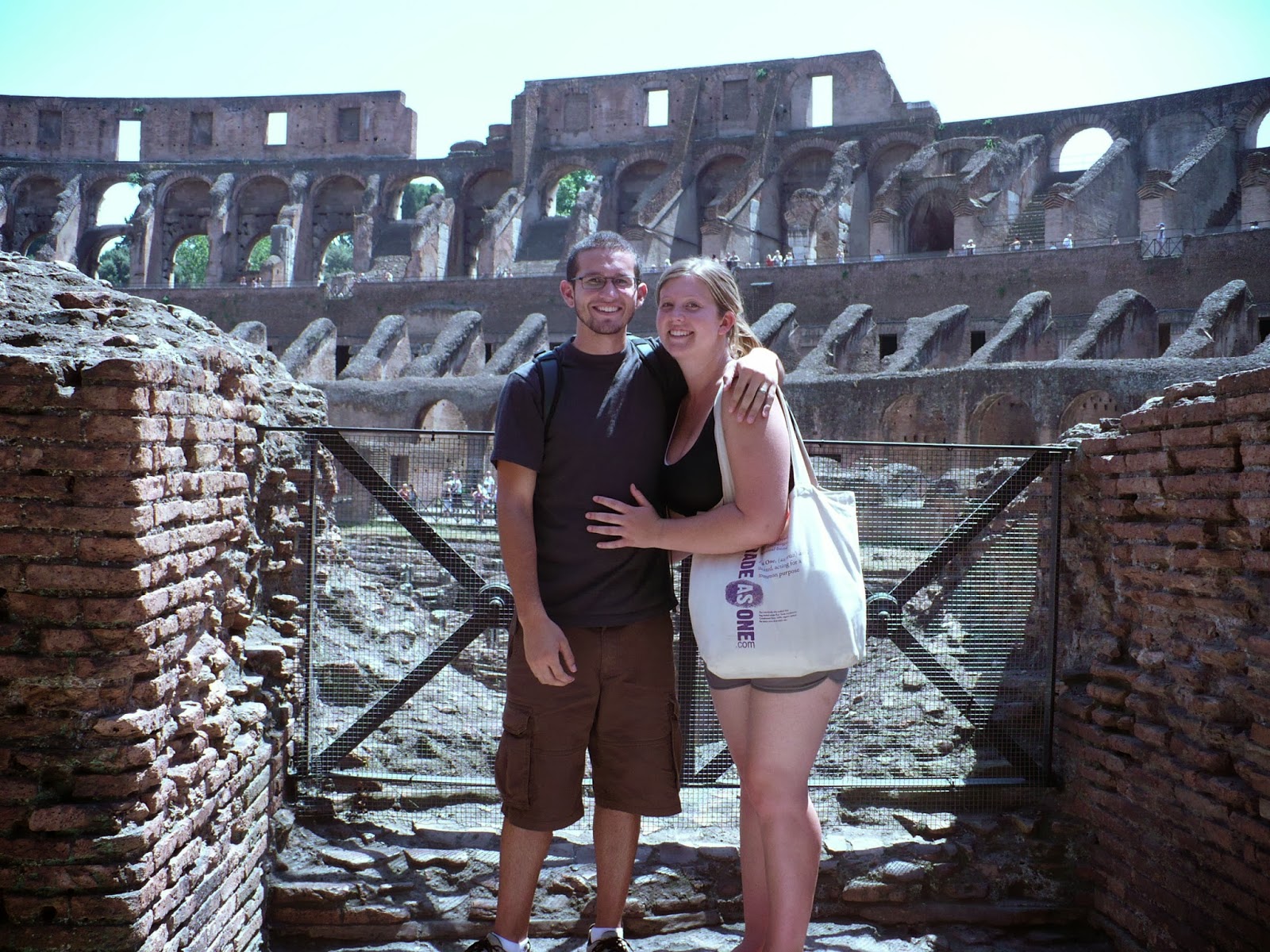 we've now been married for almost six years. in those six years we've both finished college, traveled to a few more countries & states, moved a few times, and gone through a few jobs. there have been ups & downs, highs & lows but we know that god is for our marriage and we are so thankful to be on this journey together. the best thing we've ever done together is adopt our three babies (all in the last two years) and start the wild ride of parenthood together. there's no one else in the world that i would rather spend my life with and i am forever grateful to be married to such a kind and selfless man who truly loves god more than anything.
so thankful for the family god is knitting together! 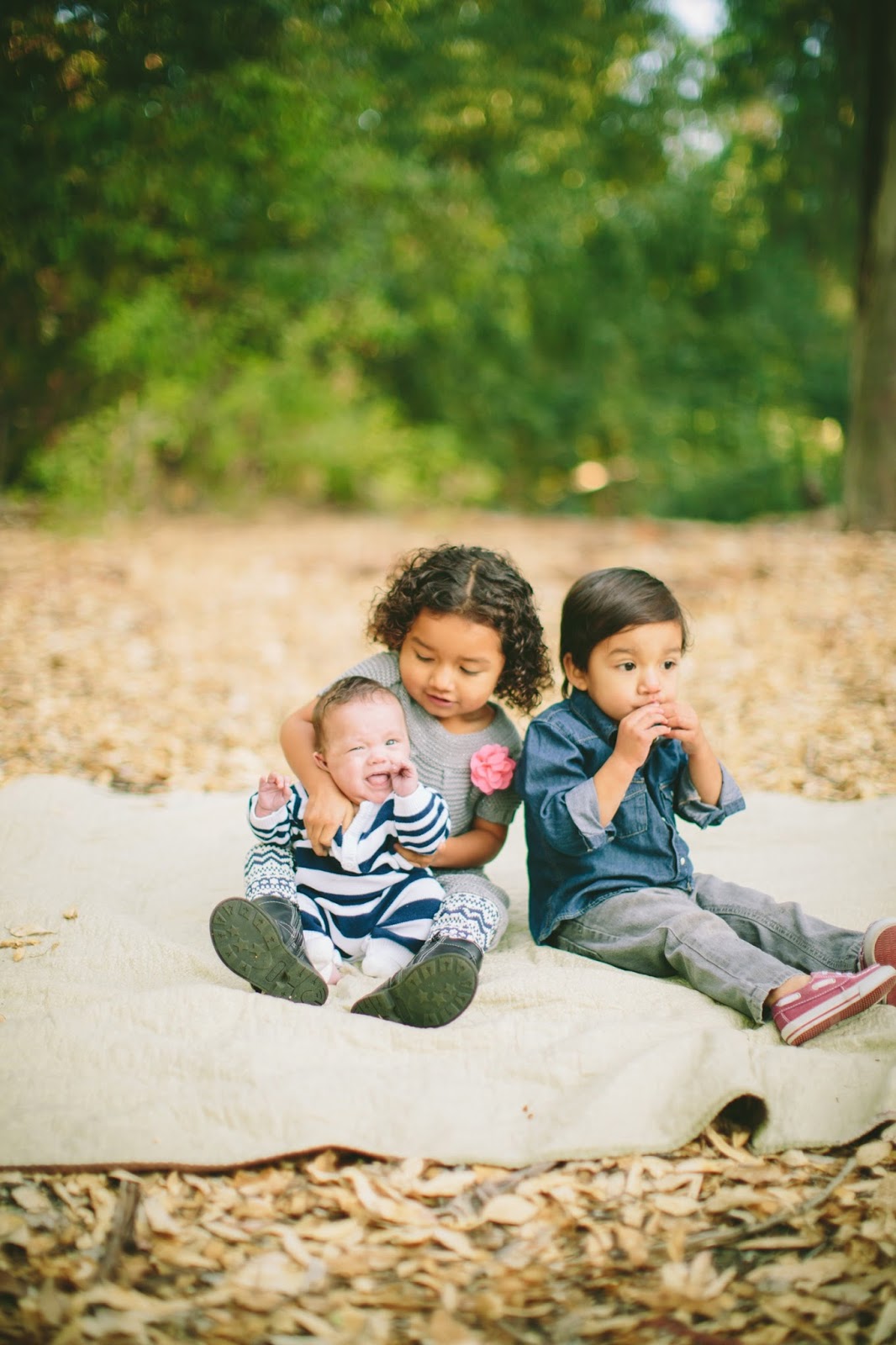 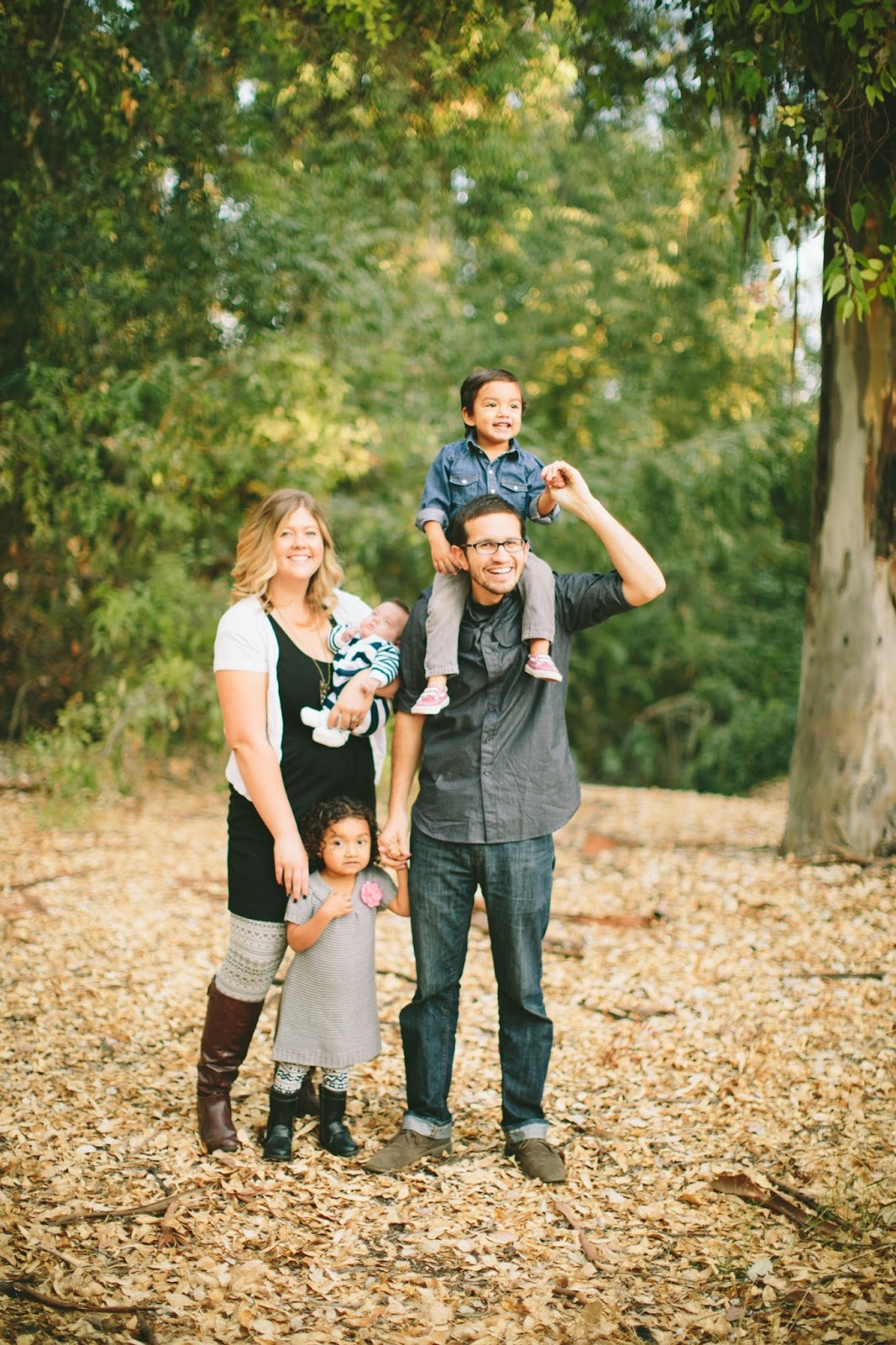