Jodi is sharing her beautiful love story today. You can find her at Mockabee Seven and here on instagram.

Honestly, when asked to share of our love story, I was kind of taken back. I’ve never thought about it as ours or even having a story, really.  “Us” has become “Us Seven” so rapidly that the beginning has been set in a box in storage for a while.   Ironic, really, because we both just pulled our individual memory boxes out of storage just a few days ago. I guess that’s why all of these little happenings in life always come together for a purpose. So much purpose, this life!

Jason and I were both brought up in well-grounded Christian homes. Neither of us teetered with rebellion or breaking many rules in high school. College was a different story. While we attended the same college in Southern California, we were four years apart, so we didn’t’ attend at the same time. We both worked hard, studied hard, and played hard. We were both introduced to the “party” lifestyle at some point in those four years.

Jason moved on to purchase a home and search for his wife, all while wasting brain cells and money! I graduated, landed a great job and spent some time doing the same (except I wasn’t looking for a wife). Thankfully, within a year of making poor decisions and being the furthest away from Christ I had ever experienced, we met. In a bar. How fitting.  Our connection was instant. We laughed at each other’s jokes when no one else did, enjoyed similar activities and had similar upbringings. Chemistry was instant. Since we were in such a bad place, we started our relationship off so poorly in the physical sense. 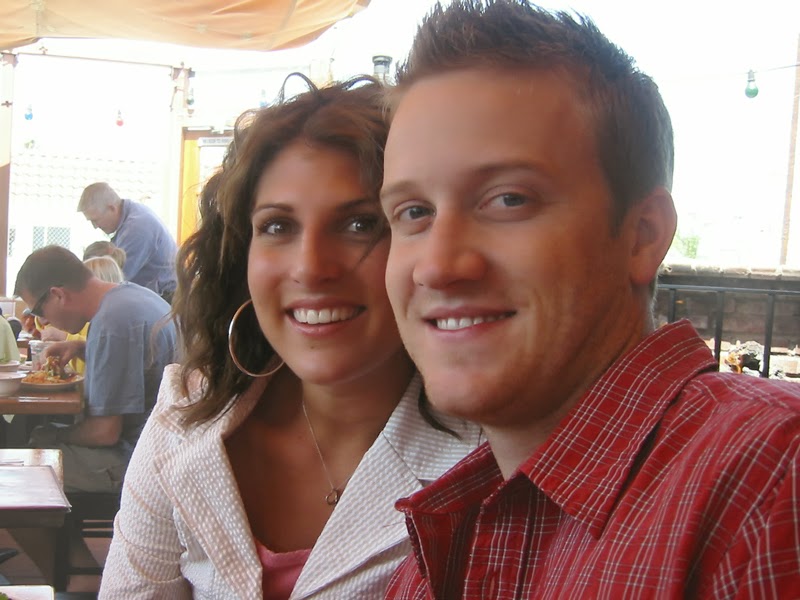 You’re welcome for cropping out the twelve margaritas.

I remember one day thinking, “Hmmn. If this man ends up being the leader in our household, how exactly is this going to work?”. And like that, God started working. In Jason mostly, then I followed suit. It takes me longer…but thank goodness both the Lord and Jason have a fair amount of patience and grace when needed.

We pledged purity to the Lord and started our journey of obedience, in most cases, delayed obedience. I would say that’s what it’s been ever since.  Jason went over the top and purposed to me on a private little beach in Kawaii. We had a short engagement (duh, the pledge of purity was still going strong), and we got married at a little vineyard. 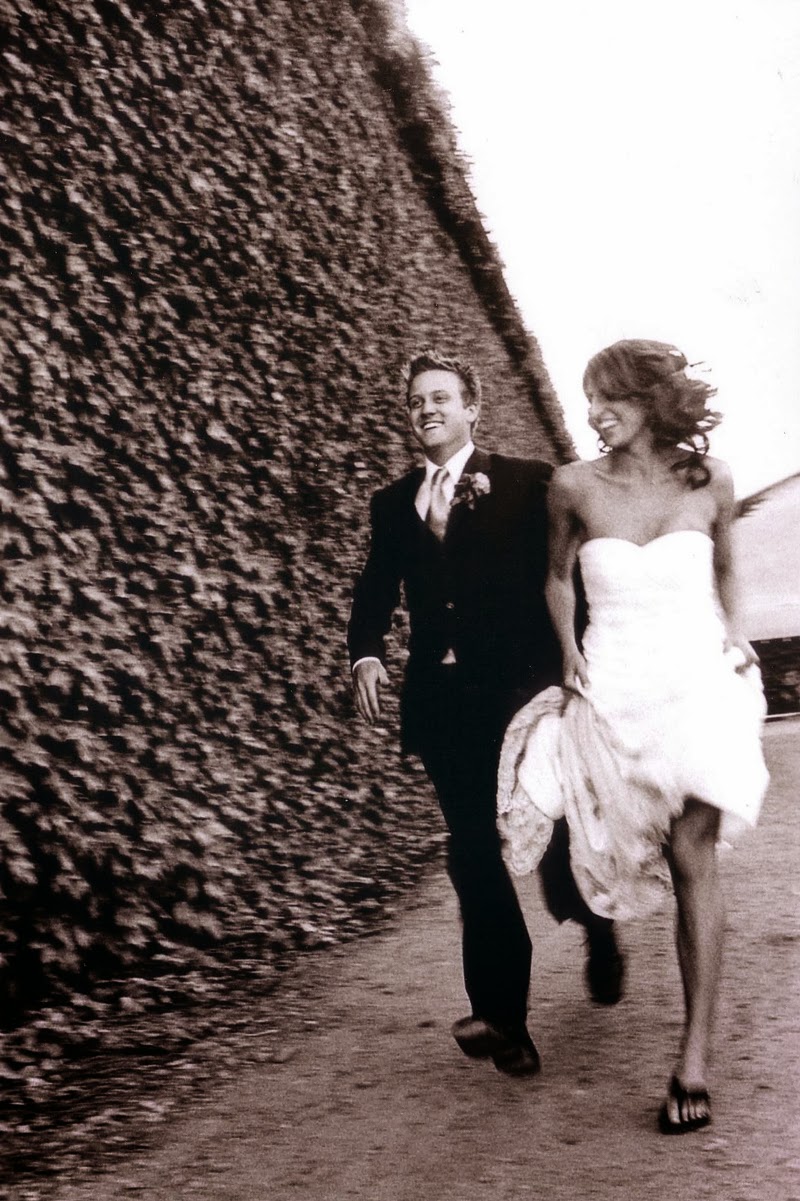 We honeymooned in the Mediterannean… we planned big because for some reason, we knew that we wouldn’t be traveling anytime soon, it’s almost as if we were aware of what was to come! 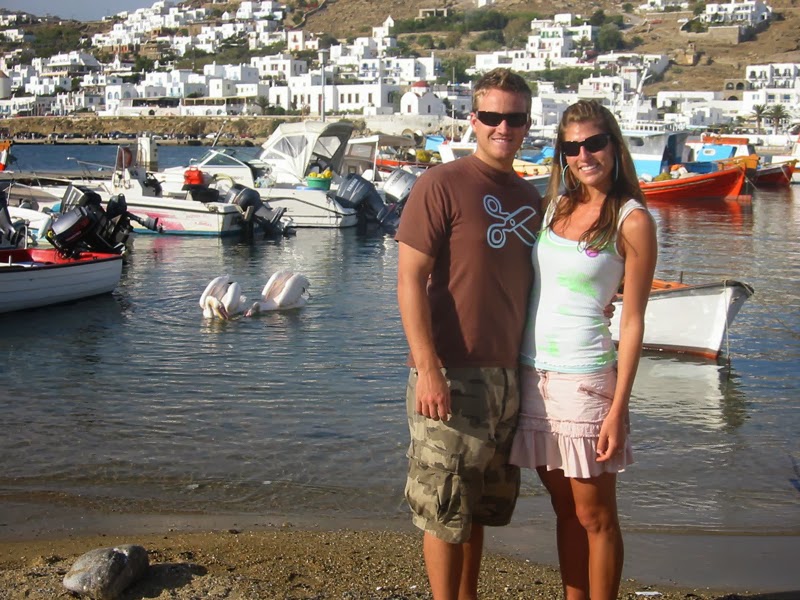 As soon as we were married, we started talking family. We knew we wanted to raise our kids where there were trees to climb outside our door and space to roam. We sold our home and headed back to my hometown (where my best friends had all moved back to as well).

Shortly after, the Lord had told us to start a family. The rest is history. The end. Just kidding! I mentioned obedience earlier...

The Lord would tell one of us something, he or I would share it… and then he or I would not agree. Then the person who disagreed would pray and seek, then the Lord would confirm. Then we would move on together. That’s how it worked. For nine years.

We had one child, then two. Then the Lord surprised us with a twin pregnancy. I thought I had miscarried, in fact, I did… but it was just one baby. What a surprise to still be pregnant, with our one and only little girl! 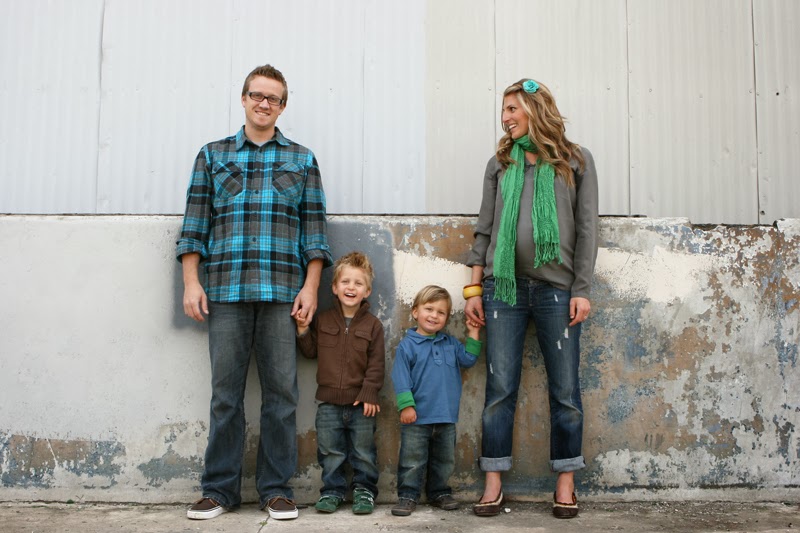 Through that time, he had us move from place to place all for different reasons. Our hearts ached to be back where we started life together (my hometown), but we were committed to being in a different area. We waited as he told us to, and on his very specific timing, he provided an opportunity for us to go back. It was the best news ever. 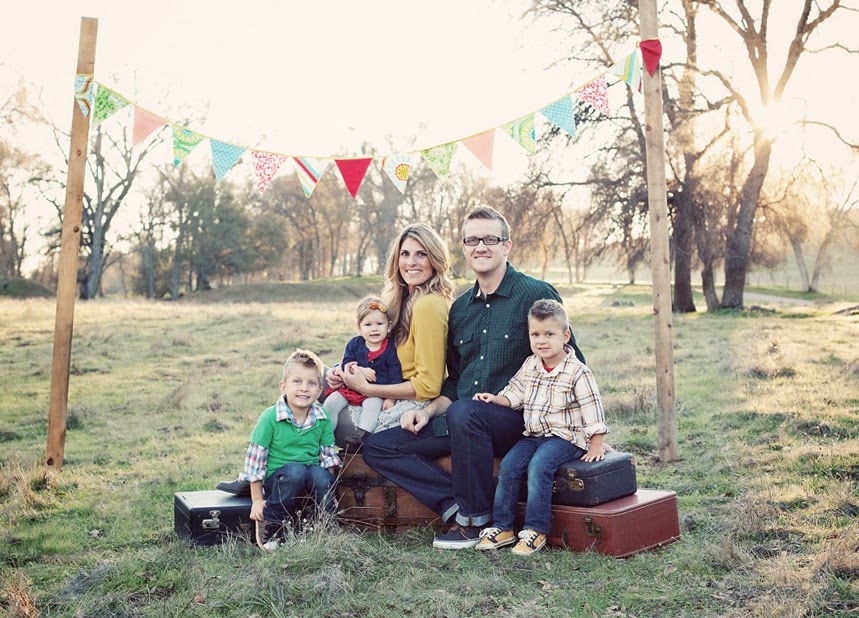 We settled in back at the country and enjoyed the mundane, for a while. Shortly after, the Lord had told me to have a fourth…and, of course, Jason heard a few days later, haha!

We decided to wait a little bit as we were in the middle of a renovation and neither of us had the ability to manage a pregnancy, three kids and a remodel. Well, God had different plans for that. Miraculously, I became pregnant again. A miracle because we were sleeping at different houses while the process was going on… I still don’t remember how it happened! (well, of course I remember how, but maybe not where)

Six months later, and hundreds of throwing up episodes, we went in for the routine 20 week sonogram. We discovered that, again, I was pregnant with twins. Something to know. I have prayed for twin boys since I was five. I was always a wee bit disappointed that I never got them, EXCEPT for this pregnancy. It had not even occurred to me that I may be carrying twins and I was actually hoping for another girl! Shocked. We had just downsized and I couldn’t process having four sons! FOUR! Do you know what the bathroom smells like with just two? And I believe I did say that in the sonogram room.. 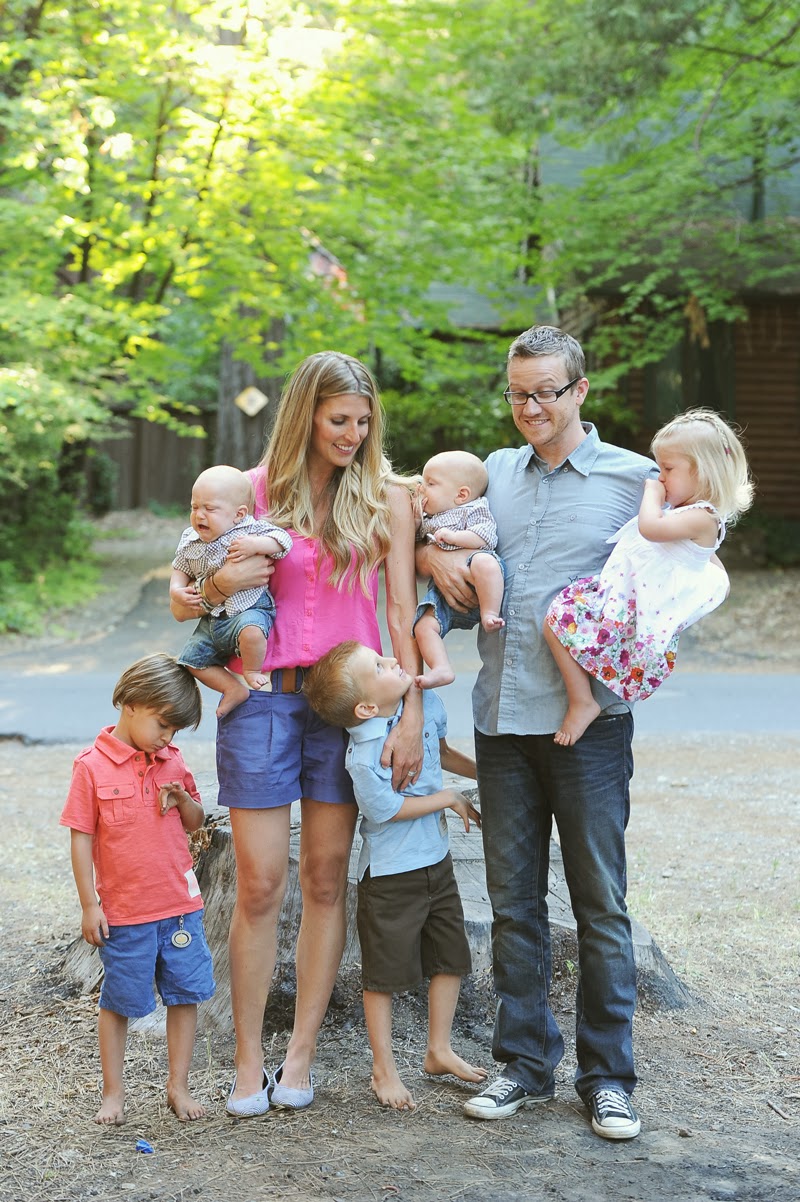 This is reality captured of what that first year looked like!

But the growth. The growth between the twins birth and now. It’s been indescribable. We’ve had our series of choices and our steps towards obedience in the past nine years, but for some reason, in just the previous year alone, the Lord has chosen us to make some pretty gigantic leaps of faith. There’s not enough space on here to go into detail, but I will say, with every act of obedience, behind every painful, uncomfortable stretch and every “yes”, he has done nothing but bless us. In abundance.  We are not wealthy, in fact, far from it. But we live a rich, rich life, and it’s all due to him.

Best Part! That individual/delayed obedience that we became used to? Guess what? He’s actually speaking to us at the same time now in our own time with him (or maybe I’m just starting to listen, verdict’s out!). I didn’t know it would take ten years to become who we are, in Him and as “us”… I didn’t realize a foundation could take that long to build. 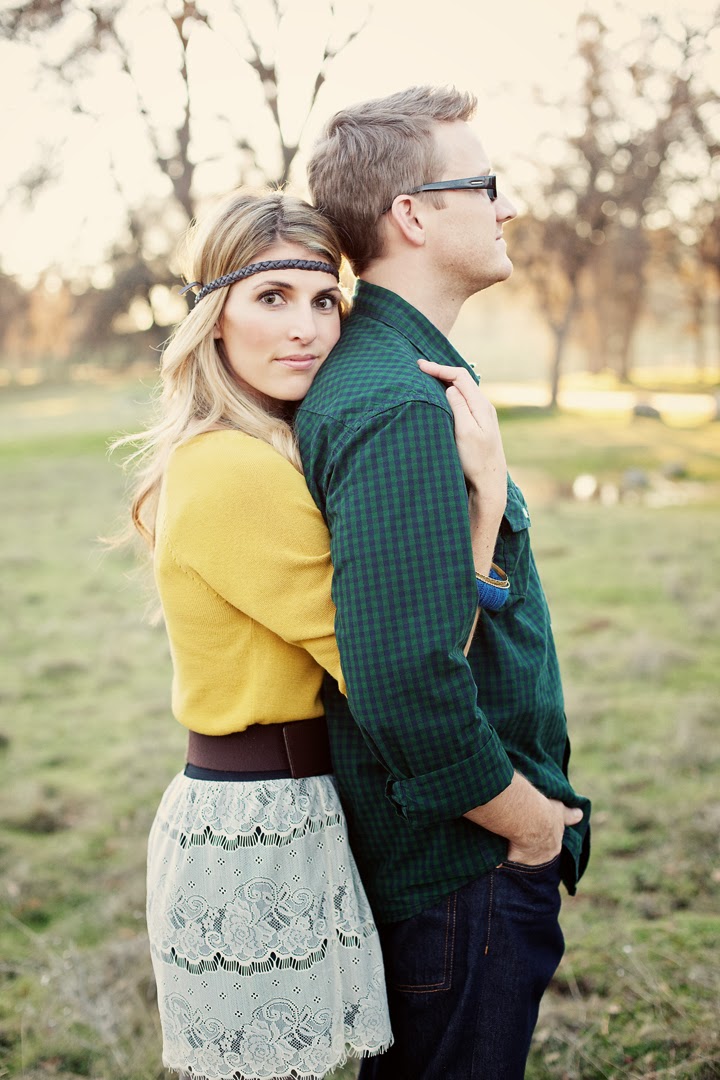 And now we build our house. It’s the greatest joy and the most honorable responsibility. I am so, so incredibly grateful that we met in a bar that night. That Christ saw more in us and expected more from us. That my husband would choose him first. That I would eventually follow, and that these amazing five kids (and 12 chickens, a sheep and a goat!) would be a result of that. An honor! 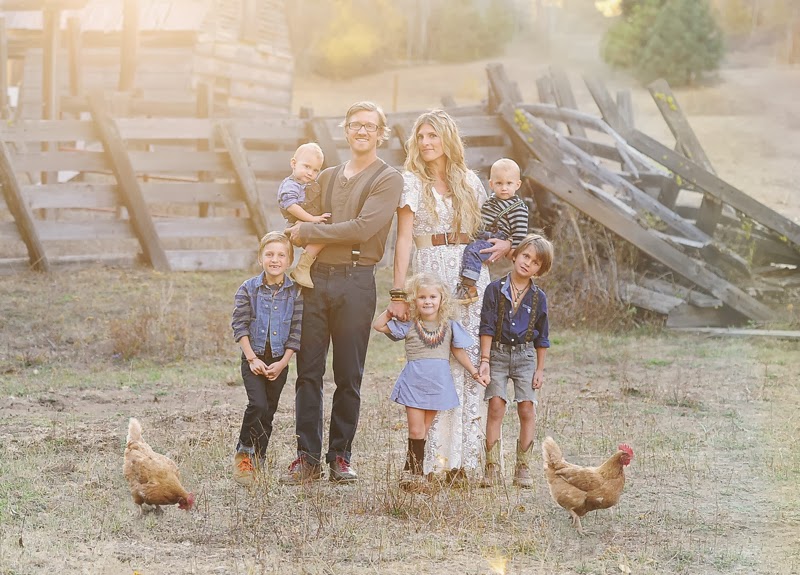 Romans 12:1 (Our family verse for the year) So brothers and sisters, since God has shown us great mercy, I beg you to offer your lives as a living sacrifice to him. Your offering must be only for God and pleasing to him, which is the spiritual way for you to worship.
at 2/25/2014