My sweet friend Jen is sharing her love story today. She blogs at Jen Loves Kev and you can find her on instagram here.

Kev and I met in Art History class in college. I transferred in around second semester of Sophomore year. He was majoring in graphic design and I was majoring in art education/art history. I noticed him right away because well, he dressed like he would like the same music as me (stupid right? But that was what was important to me at the time). One day he sat next to me and we started talking. We both were in relationships at the time. 2 classes after we first met, he asked if I wanted a ride to go see a show that we both were going to. The shy girl that I was said “no” and honestly was a little weirded out that some guy I hardly knew wanted to drive like an hour together to see a band play. 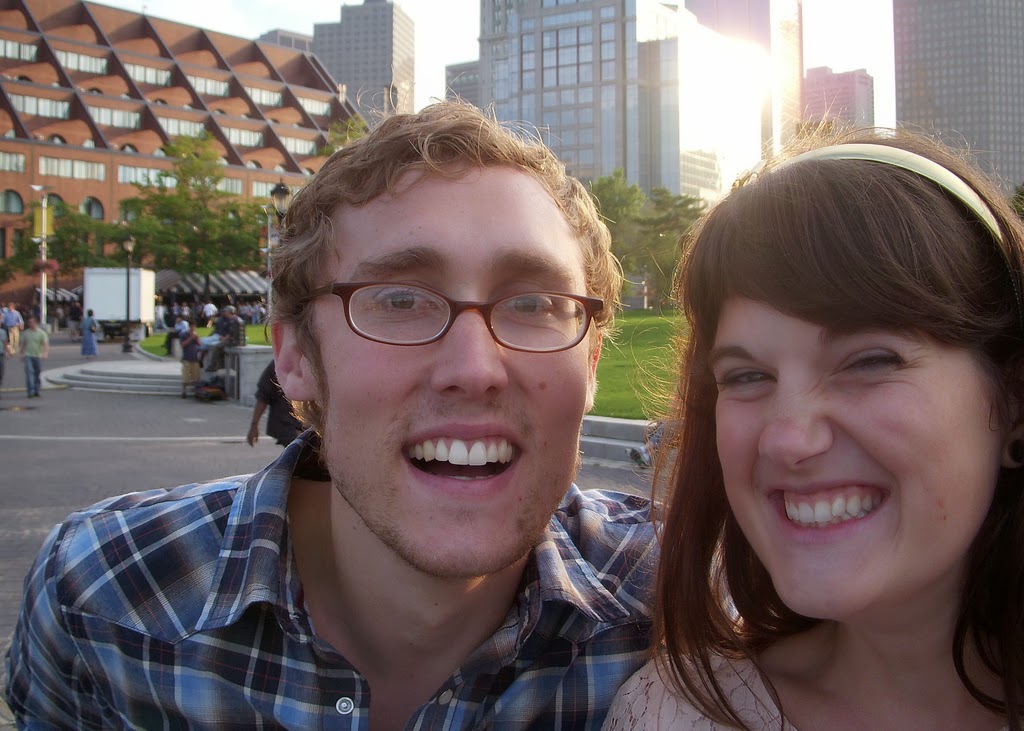 Over the next 2 years we become very close friends. We had all the same classes together and spent many, many hours together in the studio at school working on class projects. One day after bookmaking class, Kev asked me if we could go to my room for a bit. He said he needed to tell me something really important. When we got up to the room, I remember it feeling really awkward. He told me he was in love with me and he didn’t know what to do. He had a girlfriend and I had a boyfriend. I was in shock! Well, I kind of half knew it was coming. I think deep down I knew I loved him too. I was just too scared to make the big change from the crappy boyfriend I had been dating for 5 years. I told him I didn’t know what he wanted me to do. I had a boyfriend. He said ok, but that he couldn’t hang out with me anymore because it was going to be “too hard”. What a trickster. He knew what he was doing. 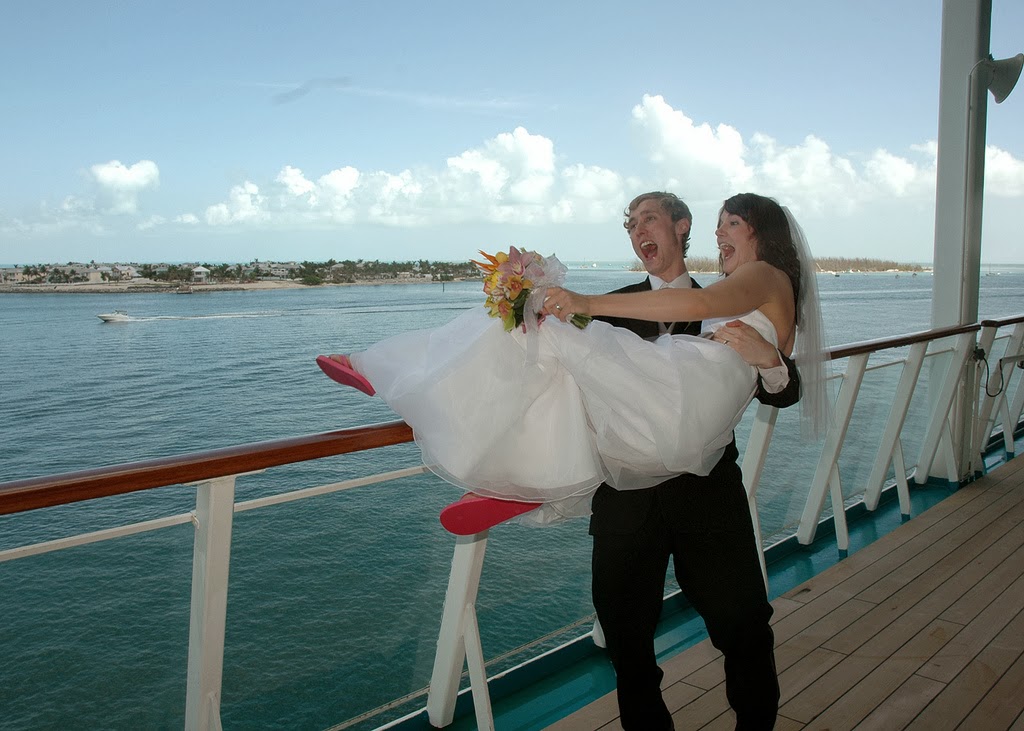 Time passed and he really did stop hanging out with me. He did however continue to hang out with all our friends and just not invite me along. Jerk! He wore me down though. Finally, one day I realized I was completely over my boyfriend and had been for a very long time. I broke up with him over the phone and then that night Kev and I went on our first date. Ha! Whoops. It's ok, we got married. I don't feel bad about it now. My old boyfriend sort of deserved it. Kev and I never broke up and we never took a break. We were inseparable from that day on. 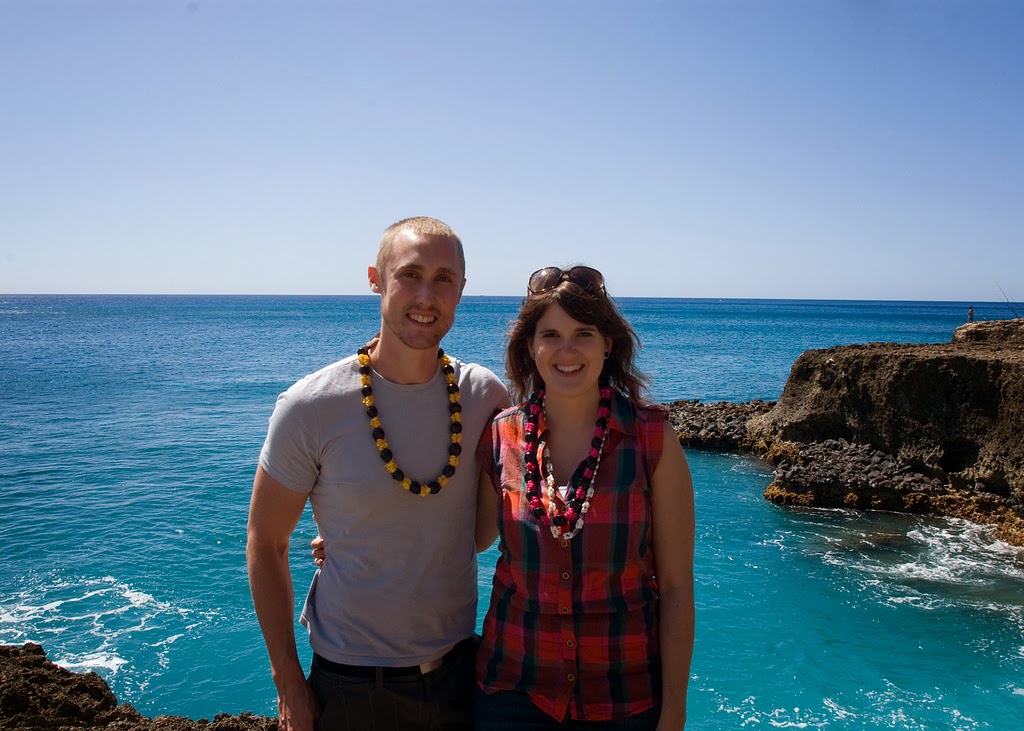 We dated for 2 years before we decided to get engaged. If you know us, you know we really don’t do anything by the book. So honestly neither was out engagement/wedding. We had talked about getting married, but also really wanted to move somewhere warm. We had always joked that we’d get married when we decided to move somewhere because that way we could start fresh and not have any real belongings yet. I applied to a teaching job in Hawaii as a joke. Well, not a joke, but I didn’t think I had a chance being that I lived in Massachusetts. They ended up calling me on a Wednesday for a phone interview. They offered me the job on Thursday and told me I had till Tuesday to let them know. That Friday, every single person in my extended family started showing up from all over the country for my sisters wedding that weekend. I didn’t say anything to any one except Kev because it was her weekend. Finally on Sunday evening, after we were all back at my parents house after the the wedding, I told my parents. 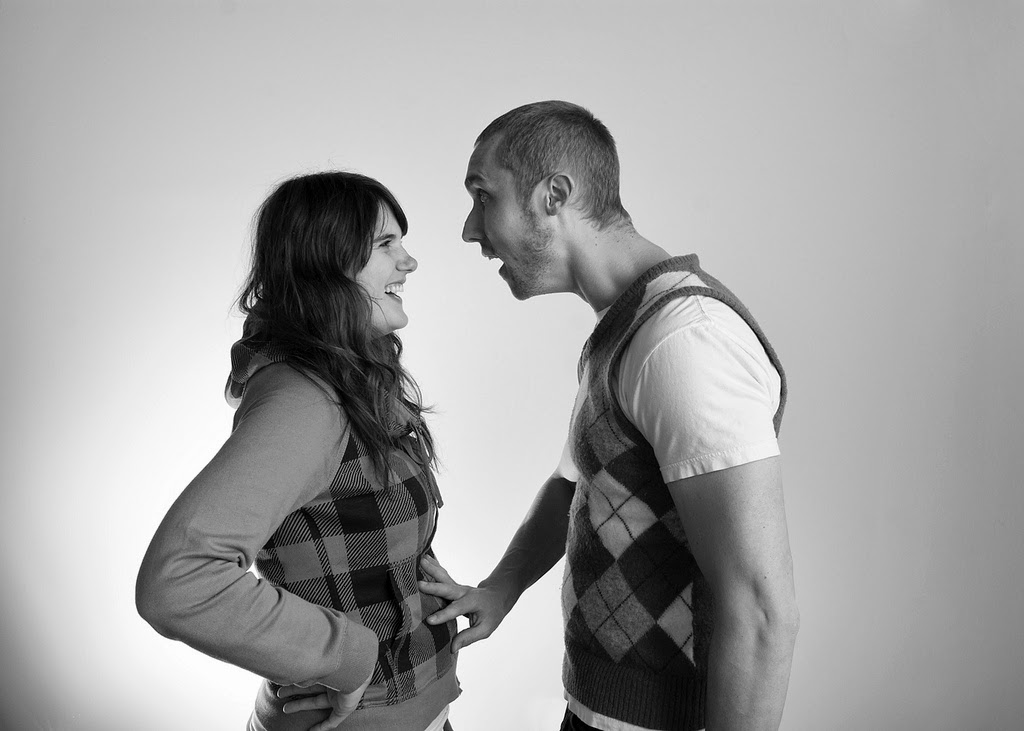 We had a family meeting on Monday night (with both our parents) to talk about if they would give us their blessing to move so far away. By the end of the meeting we were getting really excited and my dad said “does this mean you are engaged?”, we looked at each other and just started laughing. We had no ring but we knew we wanted to get married more than anything! It was official We were engaged! We all toasted with champagne! The next day we went to the jewelers and picked out a ring together. 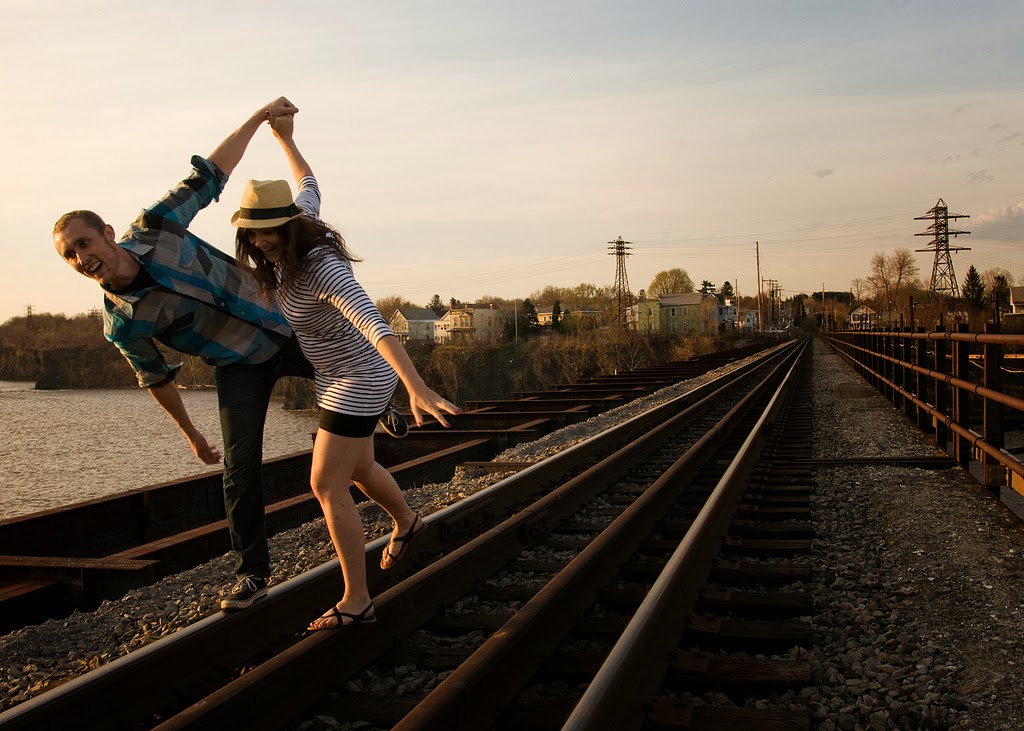 That was May 24th. School started in Hawaii on July 27th. That meant we had to get married and move over 6,000 miles away in 2 months. We were already going on a cruise in June for my moms 50th, so we decided why not get married on the Cruise! We got married on the morning of June 16th, as we docked in Key West, FL. We had a JP come on the boat (who was crazy by the way and it was awesome) and we got married in front of our parents and siblings in the Viking Lounge on the ship. It was ridiculously cheesy and amazing and I wouldn’t have changed a thing. Before the actual ceremony, we all gathered in my parents stateroom (they had a balcony) and my dad gave us a little service. Reading scripture and praying over us. That is when I feel we really got married. The other stuff was just a formality that we laughed and giggled all the way thru. It was the most romantic thing ever. 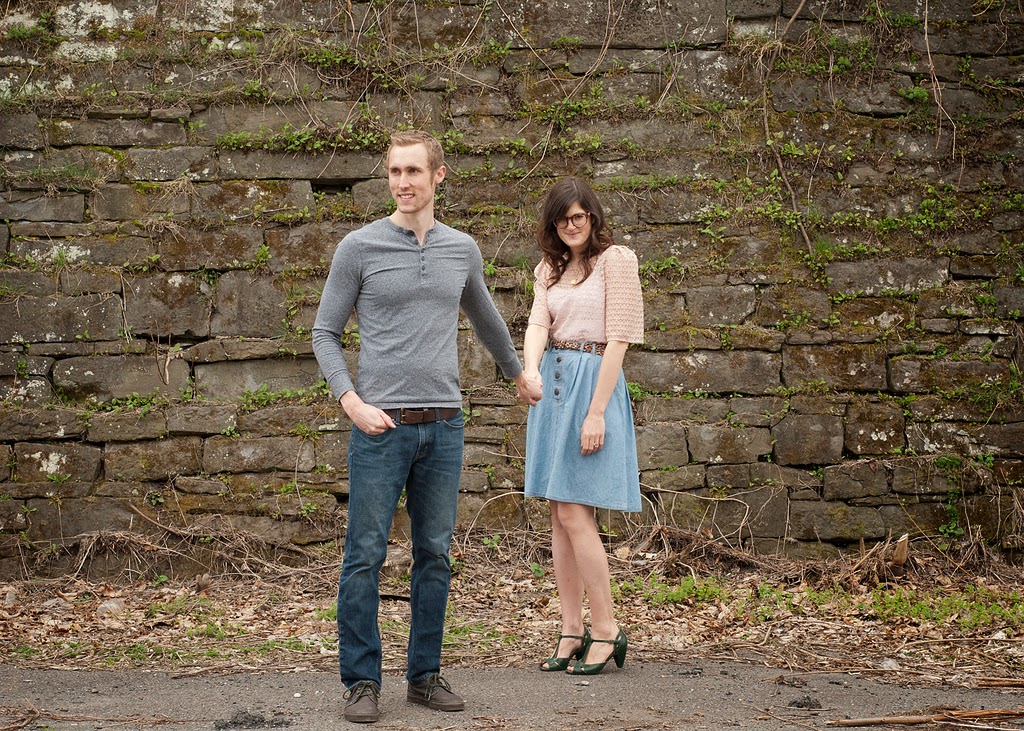 So, Yes. We got engaged, married and moved to Hawaii all in 5 weeks. 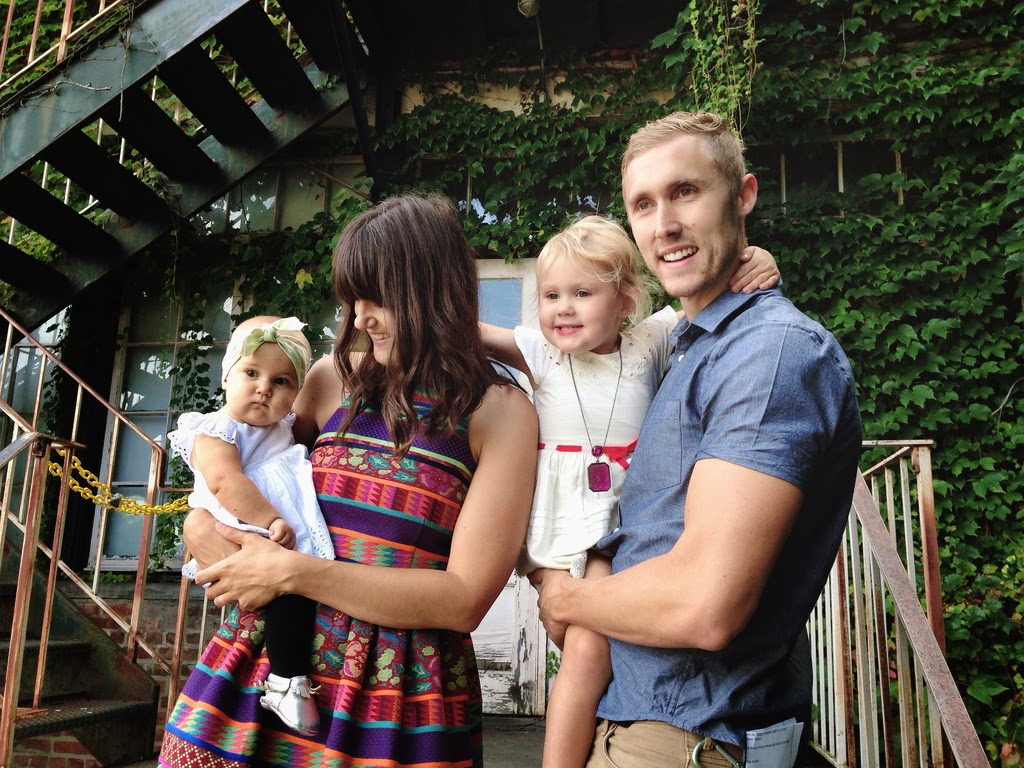