For the most part, I'd consider myself a highly functioning member of society. I pay my taxes, obey the law. The basics. I feel comfortable starting a conversation with just about anyone, and I've always been pretty outgoing. Conversely, I was born with an incredible ability to annihilate any and every interaction with the opposite sex. If there was even a possibility that I liked a boy or he liked me back, I would do some variation of the following:

+ Sweat, get dry mouth, and have to pull my lip off my braces
+ Be rude and possibly insult him (coupled with a maniacal laugh that would make him even more uncomfortable)
+ Avoid him completely. Run away, forever.

Also, just for good measure -- this is what I looked like in the eighth grade: 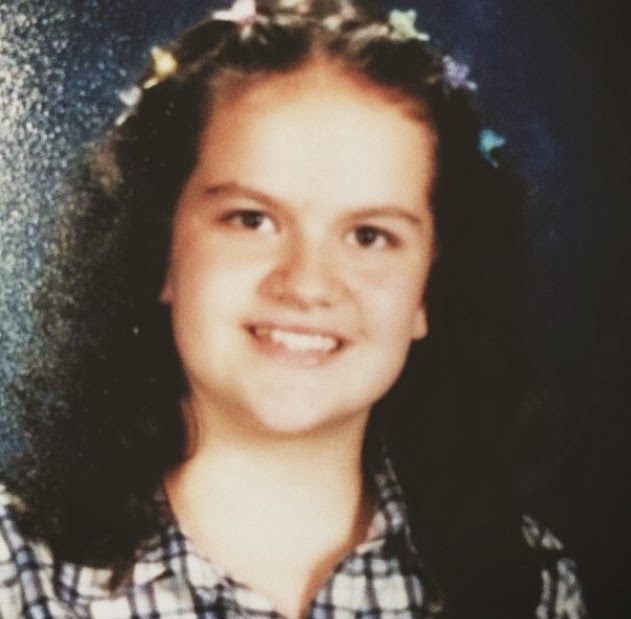 As I got older, if in the off chance I did start to talk to a boy, I always felt like I had to somehow qualify myself to him, or I had to find a way to convince him to like me.

In retrospect, I know in a crazy way that my awkwardness protected me from a lot of heartache. If left to my own devices, I'd have given my heart away with any chance. I definitely tried to, many times (and in sad ways). I think as Christians it's especially difficult when friends get married young and it's hard to not feel like you're up against an invisible timeline as each year passes and you don't meet someone. (Or if you've never had a boyfriend). Like you'll suddenly be too old to get married (that's a lie, by the way). God taught me so much about the importance of rejoicing with those who rejoice during that time. It may not have been my turn, but He taught me that it was good and right to celebrate with my friends when the kingdom of God is blessed with a new marriage.

For several years after college I lived at home with my parents and worked full time in a call center to pay off my student loans (GOD BLESS YOU, CALL CENTER EMPLOYEES. EXTRA JEWELS IN YOUR CROWN IN HEAVEN). At that point, I'd I made it a solid 25 years completely single and was still going strong. I didn't think much of it when a random boy named Bryan requested me as a friend on The Facebook. We hadn't met, but I'd seen him at church several times and knew we had a lot of mutual friends. As it goes when a young attractive man initiates electronic friendship, I immediately thought, "HE MUST THINK I'M PRETTY, MAYBE WE'LL MEET IN PERSON, BUT I'LL PROBABLY AVOID HIM NOW." (Does your inner monologue usually involve shouting? Mine does). Really though, we somehow never officially met and I forgot about it for close to a year. Once I was debt-free I felt like I had the freedom to take advantage of my season of life and try a new adventure.

I was basically Toula Portokalos before she started taking computer classes and wearing makeup.

Cue the inspirational Natasha Bedingfield song -- I got my dream job and became a flight attendant, based in New York City. (I really just wanted any job that encouraged big hair). I lived in Atlanta for a couple of months of training, and then earned my wings and started officially flying in April of 2011. I was ready to see the whole world, and learn how to put on panty hose without tearing them. I had an empty passport, and life felt brand new and exciting.

On one of my days off in New York (after a mere ONE MONTH of flying), I was on the world wide web (read: Facebook) and saw that one boy in my newsfeed. I have no idea why, but I felt weirdly brave and decided to write him a message and call him out for not ever introducing himself to me (how kind, Fran!) I figured he might write back, but assumed it would end there.

But instead, we kept writing.

I went to Seattle, and found myself in Pike Place wondering if he'd written me back yet. I went to Barcelona, and in my daze of jet lag I couldn't sleep because I was too excited to see if I had something new to learn about him. He was kind, interesting, funny, and sweet. Guys -- he had perfect grammar. He was great at math, and that really impressed me. Most of all, he loved Jesus. A lot. Our messages to each other kept getting longer and longer. One afternoon while I was in Los Angeles, he called me for the first time and left a voicemail that I still have to this day. It was something like "Hey Fran, this is Bryan Dorsey...from...Kentucky." And, it was hilarious.

When we did finally talk, I was amazed at how easy it was to have long conversations with him. He made me feel so comfortable and he was so interesting. We talked for a few more days before I was going to finally fly home to Kentucky, where he offered to pick me up from the airport and WE COULD MEET FOR THE FIRST TIME. Bryan's parents would tease him all the time that his wife was going to have to just drop out of the sky (because he was kind of shy around the ladies) and what's awesome is that they were right, and I kind of did drop out of sky. (Technically I landed safely on a runway at the Cincinnati airport, but you get it).

We met outside the airport where he was waiting for me and we hugged. I could tell he was nervous, but in an effort to calm both our nerves I just talked INCESSANTLY. We shared a long drive from the airport to my parents' house out in the country where my family and friends were waiting for a bonfire. I kept thinking that I liked his quiet voice and he had nice hands. I felt immediately different with him than I did with any other boy. I felt safe, and that I had nothing to prove or convince him about me.

Two days later, I met his mom. The day after that, he took me to Panera and I later found out he thought I had food in my teeth the whole time but didn't know how to tell me (it was actually the gap in my teeth). That weekend we went on our first official date and he asked me if I wanted to be his girlfriend and I did not hesitate in accepting.

This was our first picture together -- we are really sweaty, and my entire family was also included but I had to crop them out: 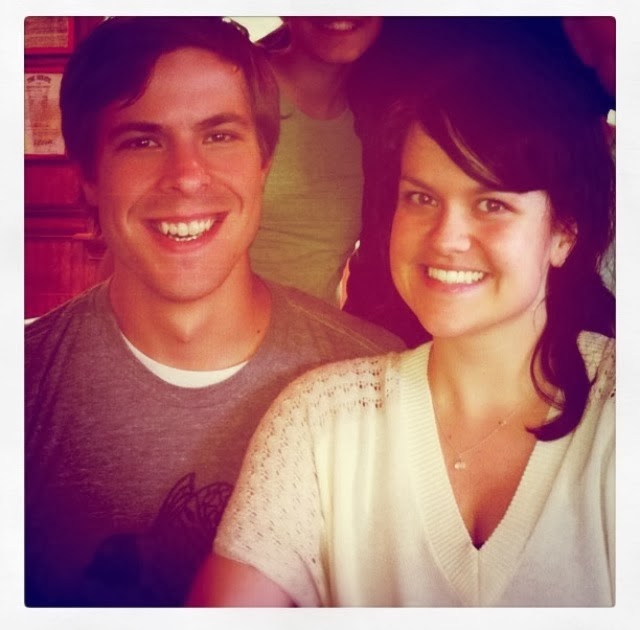 After nine months of dating, we got engaged in March of the following year. On the day Bryan proposed, we barely talked to each other the whole day leading up to the big event because we both kind of knew what was happening and it made us happy and awkward little creeps. 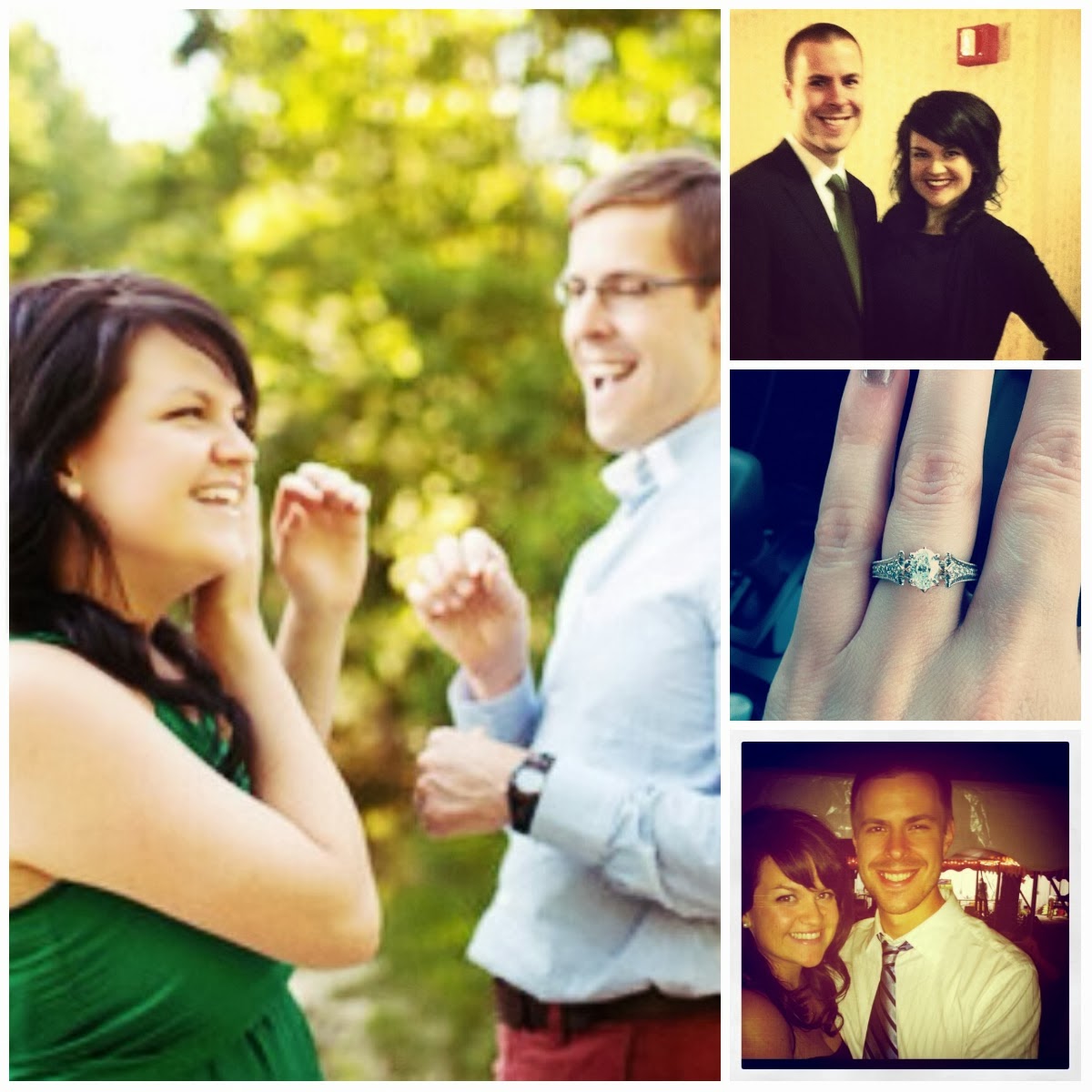 We were engaged for six months. In the midst of wedding planning, I would get anxious about getting married. I had no doubts about Bryan. What I loved about our relationship was that there weren't any games. Bryan never made me guess how he felt about me, and he pursued me like the great man he was. But I kept hitting a wall where I felt scared about our marriage failing. I come from a big family (that I LOVE), that happens to have an extensive history of brokenness and divorce. I grew up hearing I'd be a statistic of my upbringing and my marriage wouldn't last. I cried about it a lot to Bryan -- always hoping if he wanted a way out he would take it before we committed to each other in front of everyone we knew and loved. I fell even more in love with him through that, though. Because the thought or possibility of us not working never entered his mind. He was committed to his relationship with the Lord, and committed to me. He was patient and understanding, and helped me understand that no one can give you the promise of a perfect marriage. But God (best two words, right?) is rich in mercy and when kept at the center of your relationship with bless and sanctify your union. And it's amazing.

So in September of 2012, we became Bryan and Fran Dorsey in my parents' front yard on a perfect fall day after a night of tornado warnings and yard flooding storms. 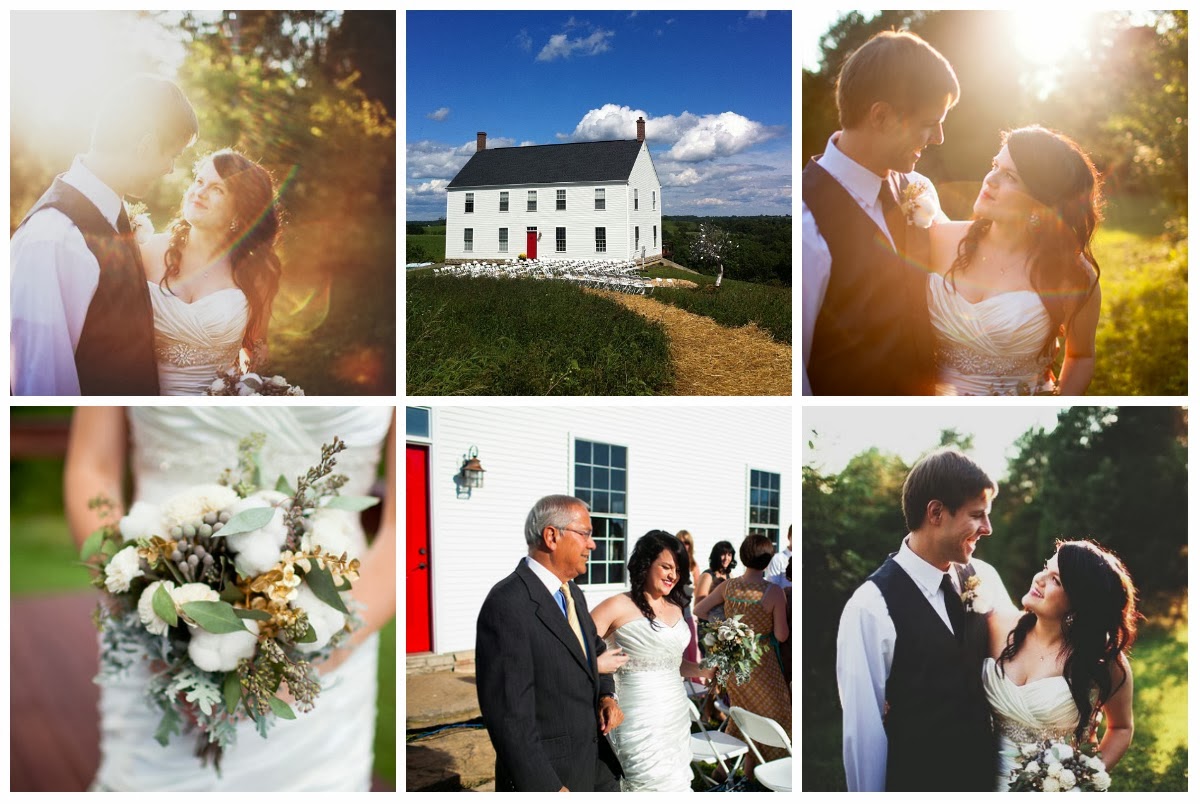 This past September, we celebrated our first year of marriage and found out on our anniversary that we'll be expecting our first mini Dorsey (a girl!) in May of this year. I have absolutely no idea how to be a mother, BY THE WAY. We're nervous, and excited, and I think about the moment when I see Bryan holding her for the first time and completely lose my mind. We are so far from perfect. We are both flawed (redeemed) sinners -- but are daily wrecked and ravished by the grace of a loving Father that loves marriage and teaches us about Himself and His perfect gospel through it. I hope that all my awkward lady friends that don't know how to talk to dudes will find hope in our story. Happy Valentine's Day, friends.
at 2/05/2014