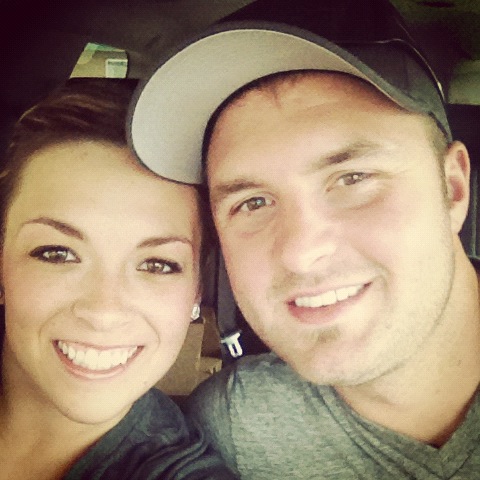 Ryan and I met through a funny string of events when I was 4 and he was 5.

We attended sister churches in Washington state on different sides of a mountain but our families became fast friends and cultivated a deep relationship.

For 11 years we would travel back and forth visiting the other family and creating some amazing memories. Ryan and I enjoyed hanging out together but our first born tendencies sometimes got in the way of always getting along.

In 2003 our family moved to North Dakota and it was 5 years until we saw the Stevie family again. In 2007 my sister, Kortney came and lived with their family as she did the Master's Commission program at their church. Little did I know, when my parents brought her out there, my dad had his eye on Ryan and the two of them talked about me quite a bit. In September the Lord put me on Ryan's heart as a wife possibility. I came to visit my sister for a week over Thanksgiving and had no idea what would transpire. At that time I liked someone else, though it hadn't turned into anything. The day before I came to visit my dad said, "Kaylee, I want you to have an open hand, just be open to ANYthing the Lord may have for you." So I did.

3 days into my stay I was talking to my sister about the guy that I liked and Ryan overheard and came into the room and proceeded to tell me how it wasn't God, that I needed to raise my standards, etc.

What I didn't know is that he was so sure that I would be his wife and it was KILLING him to hear me talk about someone else. I really heard what he was saying and knew he was right. That evening I called 'the other guy' and told him that I knew it wouldn't turn into anything, that I needed to really give my heart back to my dad and the Lord.

At that point I had no feelings for Ryan. I didn't get to spend a lot of time with him but it was enough to see that he was a man full of character, very driven, and had an incredible work ethic. (The same things my dad had noticed). We flirted quite a bit by the last two days of my trip until he dropped me off at the airport. I said a quick goodbye and walked away. I was determined to get home and figure a lot of things out.

What happened on Ryan's end was a little different. He immediately called his dad and said, "she didn't even turn around...." He was determined to do whatever it took to win my heart. I knew there was a pretty good chance that I could fall for him so on the flight home I wrote out my 'list'.

My list of the things I needed in a husband. I had to do so quickly, because I knew I wanted to write it without someone specific in mind. Over the next 2 1/2 months we texted every single day. I got to know him all over again and that is when he not slowly, but rapidly won my affections. He secretly was in contact with my parents the whole time, answering questions and proving to them why he should be the one to care for my heart. He must have done a pretty good job because by the end of January, he got their permission to begin a process of courtship with me.

One thing that has forever blessed me, is while he was pretty darn sure because of the conversations we had been having, Ryan specifically asked my dad, "Before I come out there and ask her, I need to know for sure, does she have feelings for me?" All my dad said is, "You need to trust me." So he did. And on February 9th he boarded a plane in Seattle, not really knowing what was waiting for him a few states away. That night my parents asked me to meet them at dinner. I had a gut feeling that something big was going to happen and every part of my heart wished it would be the very thing that did. Ryan Stevie came with them to dinner. I knew why he was there. To ask me to be his. That night he gave me a diamond necklace that I have wore every day since, and we started a fast roller coaster courtship. We made trips from his home to mine and hours and hours of phone conversations over the next 3 months. 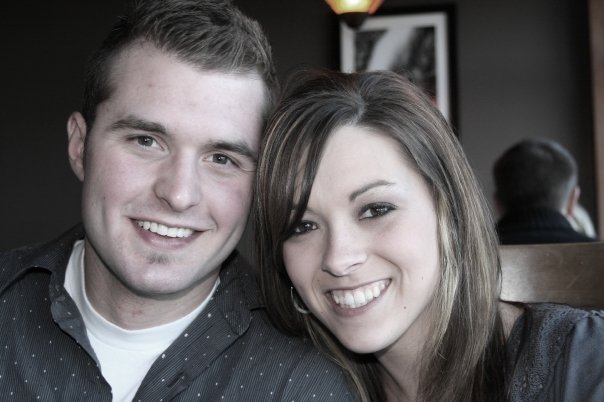 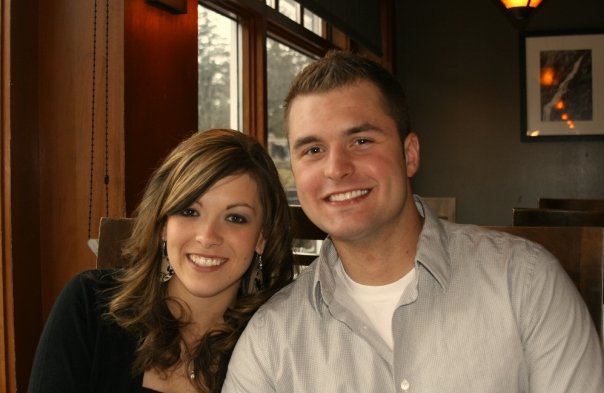 I planned a trip to visit him in May and I had really hoped that he would propose. I arrived in Seattle on the 19th and assumed that he would greet me on one knee. I was incredibly disappointed when he wasn't. The next day we went to Salish Lodge at Snoqualmie Falls for brunch, a tradition we had made on each of my previous visits. 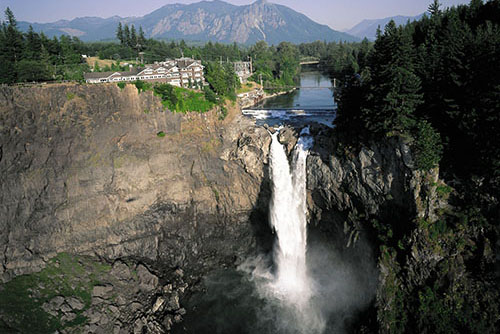 Before eating we went to look at the falls and walked to the covered gazebo where a picturesque scene waited for us. A table for two, drowning in roses. 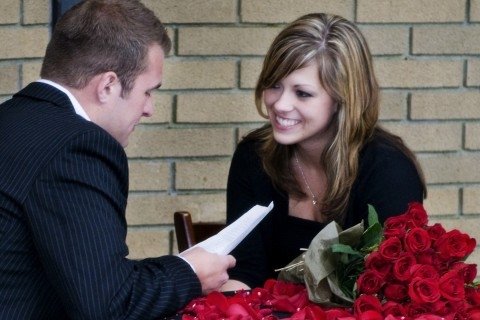 We went and sat down and he proceeded to read me the most incredible letter of all of the things he loved about me. 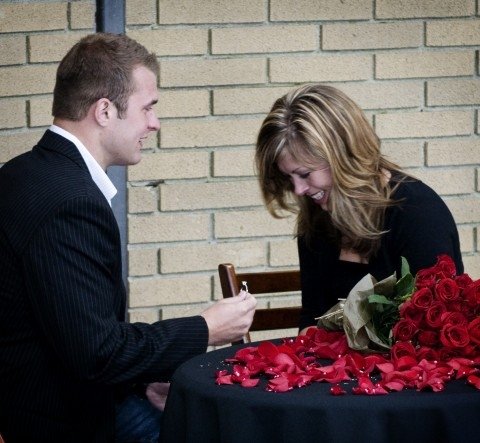 Then he asked if I would do him the honor of being his wife. Of course I said yes. The next part undid me. He had Tom and Kate (who later became my bff) come around the corner and sing 'our song' so that we could dance to it. (They sang that same song for our first dance at our wedding too) 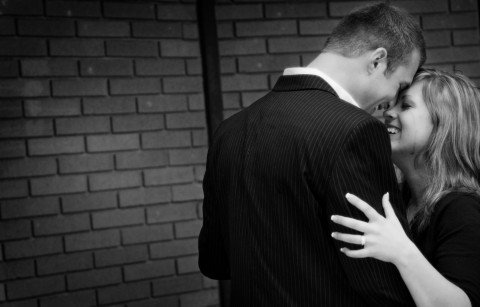 If that wasn't enough, he hired the photographer that I had wanted for our wedding to capture the entire thing. He even thought to bring my makeup bag so that I could fix my mascara stained face...because we took our engagement pictures that very moment. 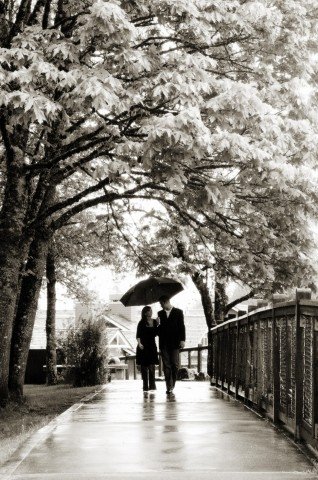 I moved to Washington one month later and our wedding was 3 months after on September 12, 2008. On that day I married my best friend and the best man I know. I committed to him that, "His people would be my people, His land would be my land, and His God would be my God." Little did I know all of the blessing that would come with that vow. 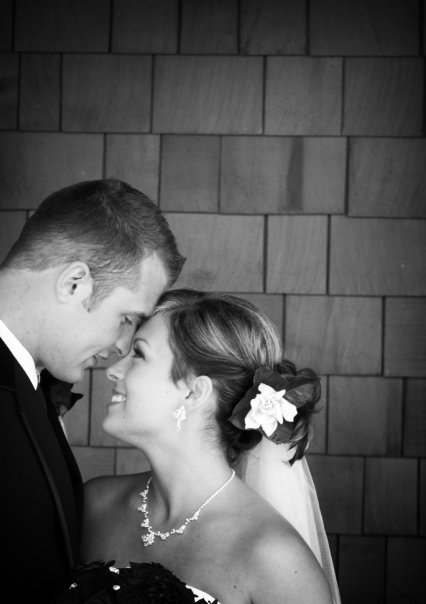 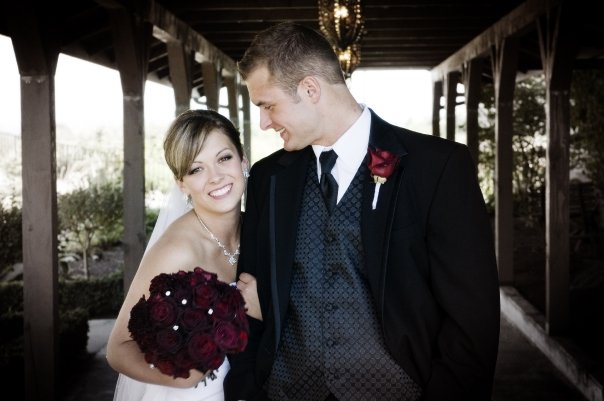 Never before has that been more evident than the life we are living right now. 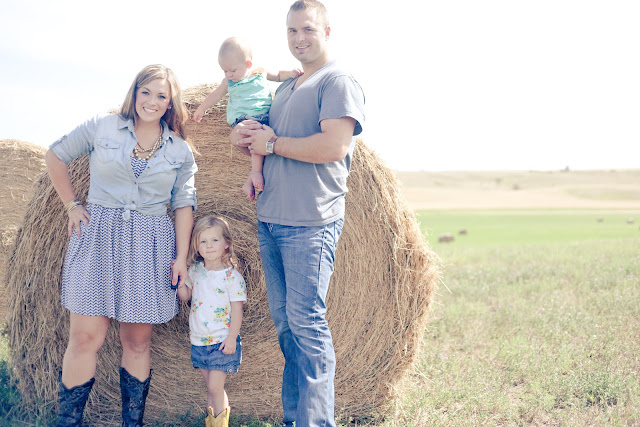 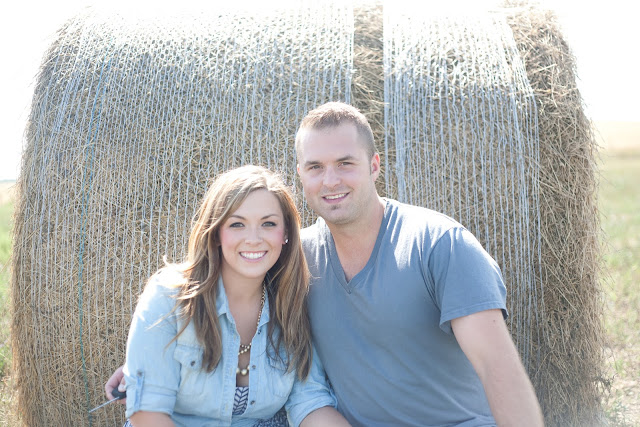