I met Nick the day after Thanksgiving just over ten years ago.

We met up at the Christmas tree lighting downtown; he showed up with my best friend's fiance, and I had ventured down with my sister, her boyfriend and my bestie, Rachel. We watched the giant tree come to life, and then we all walked the few short blocks to a restaurant on the waterfront to grab some burgers and fries. I really didn't think much of the encounter - Nick was nice enough - but I was newly dating someone else and the thought of getting to know this boy, who was home on break from college, didn't even occur to me.

Rachel and her fiance, Jimmy were getting married. I had just broken up with my boyfriend, and was roadtripping 30 hours straight to Minnesota with four close friends for the wedding. Nick was roadtripping from back east to attend the wedding on his way back home from school. We were both in the wedding.

In fact, embarrassingly, I introduced myself to him during wedding festivities like I'd never seen him before and he was like, "Yeah, we've had dinner together." (He'll tell you he thought I was cute from the beginning but all I did was yammer to my boyfriend on the phone that first night. He always has had a flair for exaggeration.) Still, nothing sparked for us at the wedding, especially because Jimmy and Rachel were playing matchmaker and I was supposed to marry the best man, and Nick was supposed to get together with another girl in the wedding. A week later Nick moved into an apartment six blocks from mine…with the best man I was supposed to marry.

We would carpool to see our newlywed friends and always had good conversation. One night he told me about his parents and how they'd both come from large families. "How many kids do you want?" I asked. "I'm thinking like ten,"he replied, cooly.

A week later we started dating.

We'd both entered in with a little trepidation, him being adamantly Catholic, me adamantly not. I grilled him at every opportunity on where he stood theologically, he always had an answer. Then I started going to Mass with him and yet again, my fate was sealed. (But that's another blog post.) We saw each other every single day. We became that couple I'd secretly scoffed at in all my singleness. I started eating meat again after ten years, I was on my way to becoming Catholic, I spent all my free time with a boy, I went to football games and hiked tall mountains. What was this kid doing to me? 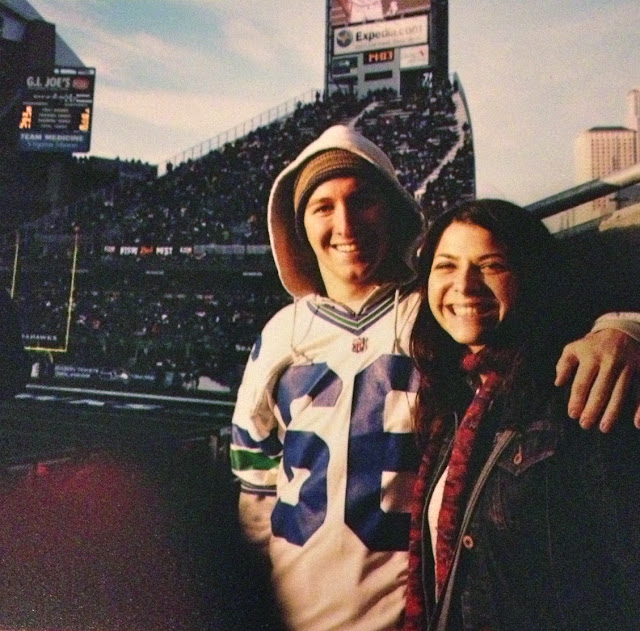 our second date was a football game and he wore a jersey. i mean, he's lucky there was a third. 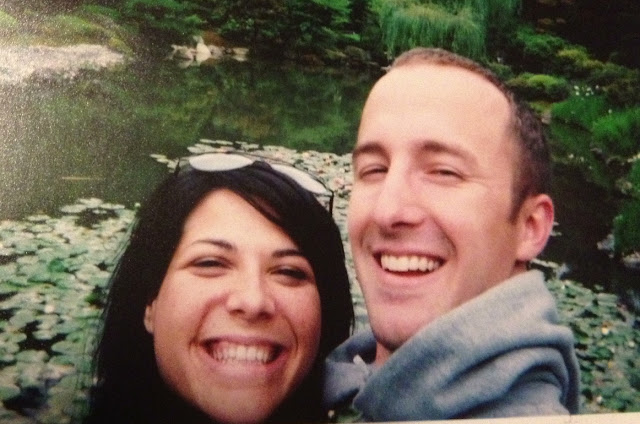 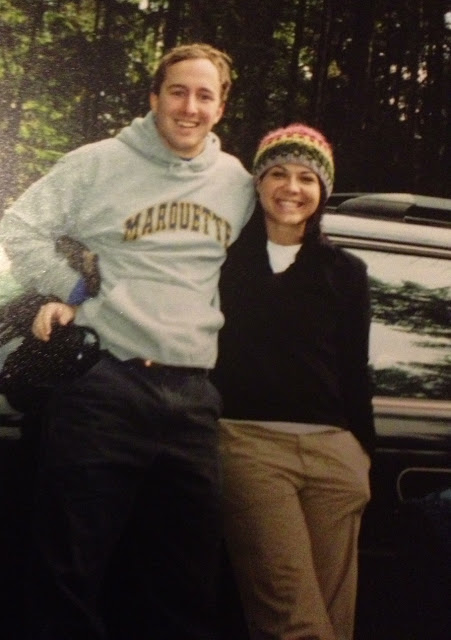 he was worried i wouldn't keep up on our 8 mile hike up a mountain. and then i schooled him. 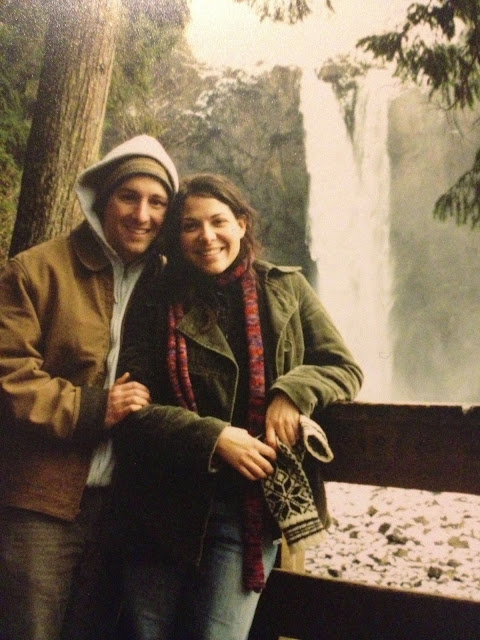 On one hand, every day felt like an adventure - we went to fun restaurants, took road trips, walked downtown, had long, deep conversations about life and the future - all the things that added up to us falling quickly, head first, overwhelmingly in love. But, the road was bumpy. Nick felt like he might be called to the priesthood, which meant a girl definitely wouldn't be in his future. We were back and forth every few weeks about what that meant, and after a few months of that we broke it off. I was sad, but had an overwhelming peace that things were going to work out the way they were supposed to. 48 hours later Nick showed up at my door, asking if we could talk over sushi. "I'm not sure of what the future holds," he told me, "but I am sure that I love you and I want you in it." After that, there was no turning back. Life together made sense... it was easy and uncomplicated and filled with a peace that I know comes from only one Source. Our relationship was lighthearted and silly and goofy and deep all at the same time. A few months later, we were engaged. Nick proposed outside of the same burger place we'd eaten at the night we met. He'd made a book for me, filled with letters we'd written, tickets from things we'd done, journal entries he'd written throughout our relationship. The last page was a journal entry from that day: "I am so excited to take the next big step with Carina, to start our life together." I mean, I was dumbfounded. And ecstatic. And ready. 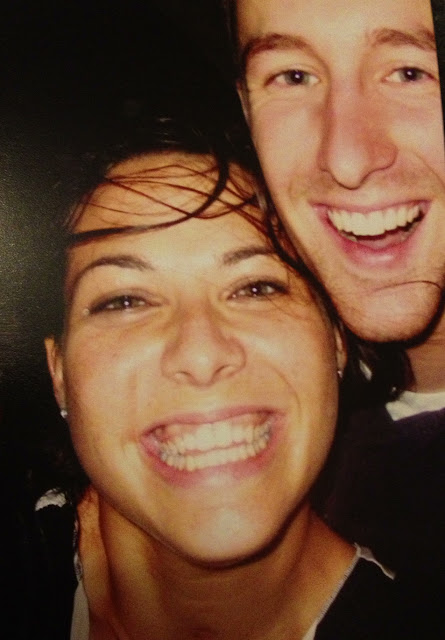 minutes after he'd asked me to marry him on a windy, rainy pier. it was perfect. 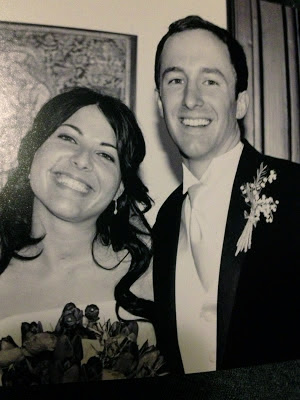 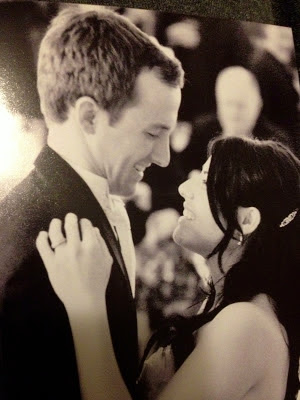 I could write a thousand blog posts and they could never fully express my love for Nick, for the way that God has worked in my life through him. It has only gotten better over the last ten years... going on so many fun little adventures together, growing as a family - watching him as a father. The way he serves endlessly and has taught me what it really means to love. It hasn't been without its ups and downs, rocky moments, as we navigate through reality together. But it has been absolutely amazing, the greatest gift God has given me apart from Himself. 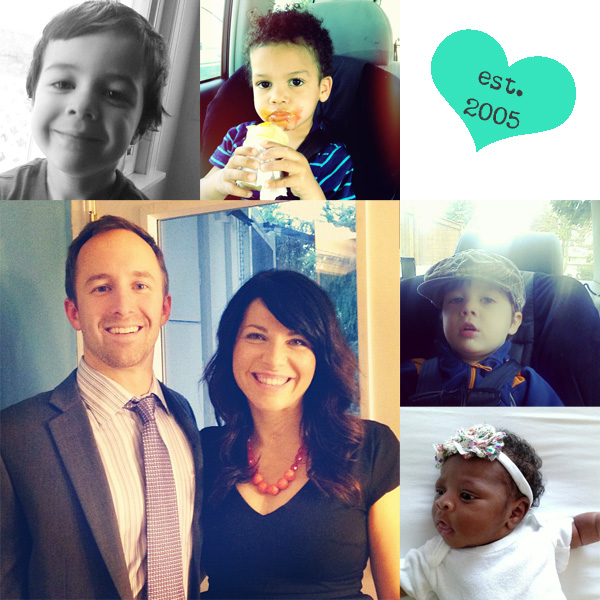 And here we are four kids in. It's a crazy, chaotic, hectic life filled with a million little joyful moments. I wouldn't trade it for anything... even if it means I might have ten kids. I told you: fate sealed.
at 2/04/2013