abby blogs at akers of love

Wes would say that I am the patient one, but when I think about our relationship, he has demonstrated SO much patience with me.

We met in a class called Understanding the Christian Faith at Huntington College.  My parents met in the same class at the same college which I think is so adorable.  I was a Freshman.  He was a Junior.  He had baseball practice right after class, so he was always in his practice uniform.  Also adorable.  We eventually ended up sitting by each other every class.  Before I had even mentioned my feelings for Wes to any of my friends, our professor called us out in front of the entire class.  "I know what's going on between the two of you, why don't you just get it over with and ask her out."  I was mortified.  Wes asked me out that weekend. I was going home to see my parents, so I couldn't.  But he was patient...and asked me out the next weekend.  I said, "Yes!"

He told me he loved me about a month after we officially started dating.  My response, "Really?"
But he was patient...and was fine with me not responding the way he had probably imagined. 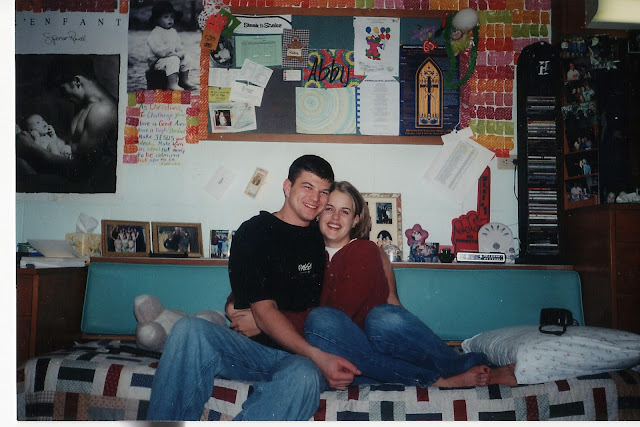 The summer after my freshman year, I broke up with him...after he spent the weekend scraping my parents' garage.  I told him that I felt like I was putting our relationship above my relationship with God.  Looking back, I think I was just scared.  Way to use the God card, Abby.  I had only dated one other boy for about 6 months and I just didn't know what to do with all of these feelings I was having.  But he was patient...and he waited for me. 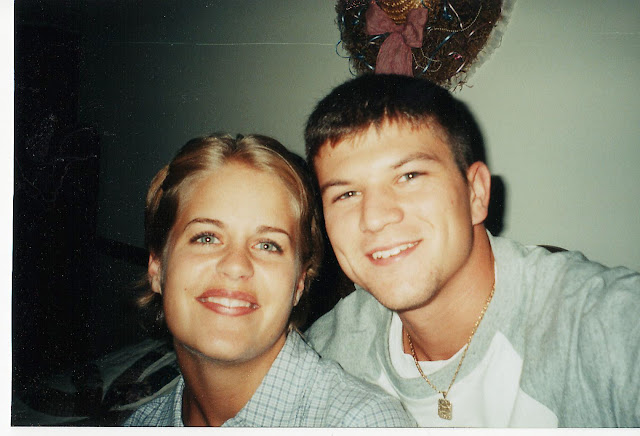 We became "official" again a few weeks after my sophomore and his senior year started. 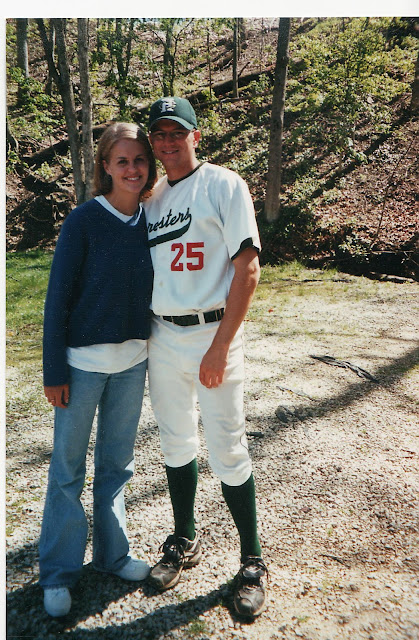 Wes graduated and moved back to his parents house to work at a hospital.  I spent the rest of my time at Huntington soaking in all of the friend time I had missed with my best girlfriends.  We continued dating, seeing each other a couple times a month and talking on the phone a lot.  I loved him.  He loved me.  I knew we would get married some day. 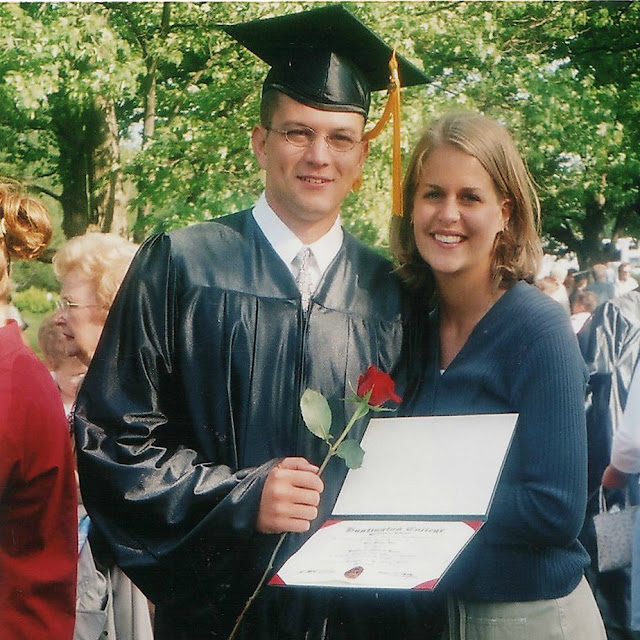 This next part is where Wes should get a badge of honor.  Wes had come to see me at my parents' house for my 21st birthday.  As I started opening presents from him and my parents, I caught on to what was going to happen...a manicure/pedicure, a new dress, hair and makeup, limo ride, etc.  I knew he was going to propose and it freaked me out!  I can't explain why because I knew he was the one I was going to marry, but I couldn't go through with it.  I broke the news to him that night and he was shocked and very confused.  People back home knew he was going to propose and now he had to go back with no fiance.

The way he treated me the next morning was unbelievable.  He still loved me...even though I broke his heart.  We spent most of the day trying to figure things out.  I fell in love with him even more.  To this day, I still have no good reason why I did what I did, but I hold on to the promise that God's timing is perfect.

By the way, it was going to be a pretty amazing proposal...pampered for the day, dinner, a limo drive back to the college and the steps where we spent many evenings talking and a proposal. 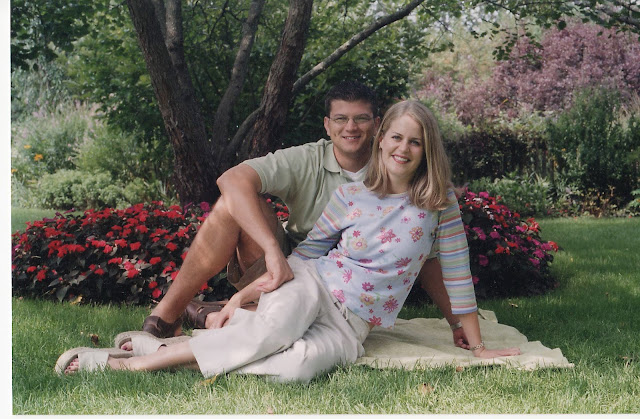 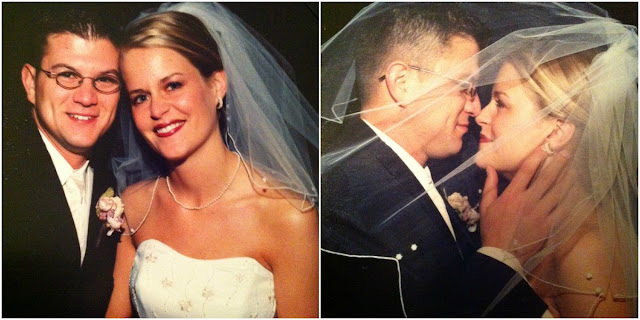 We were a family of 2 for almost seven years before children came in to the picture.  Five years longer than we had planned.  This is where we both had to practice patience.  God used His plan {infertility and adoption} to strengthen us as husband and wife, but more importantly, to draw us closer to Him. 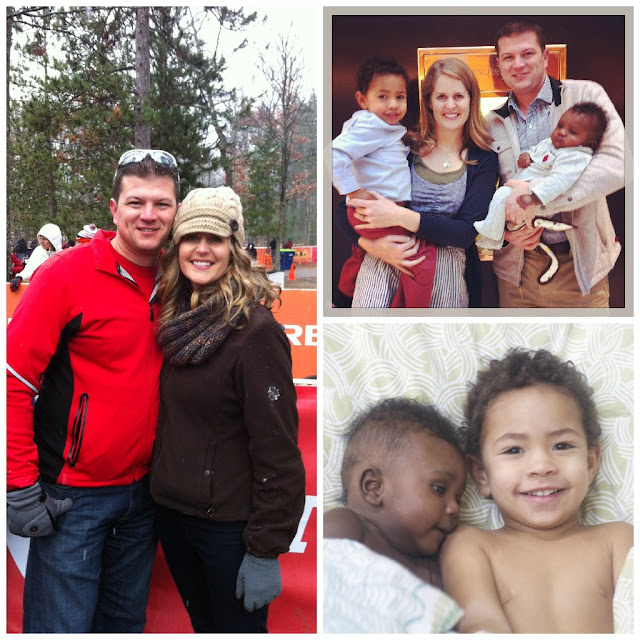 It's been almost 10 years since we said, "I do." and our life has turned out so much different and way better than we could have ever imagined.  Of course, we've had our moments of silent treatments and bickering and seasons {thankfully short} in our marriage where we're not super fond of each other, but the good has far outweighed the bad.  Thank you, God, for giving me the gift of a husband that loves You, me and our children well.
at 2/13/2013