i know you all have missed my bachelor commentaries. i feel like i owe it you to continue on with this… legacy.  don't you agree?

i should preface this post by saying that sean was my runner up pick, to jeF, for emily. i think she may be kicking herself that she didn't pick him. that's just a wild guess though. i should also say that i already read who won this season already on reality steve. i don't know what else to say except i'm sorry. i don't even remember her name but i'll never forget her face. okay, that's a lie. i am pretty sure i will have no idea who she is once the show starts… 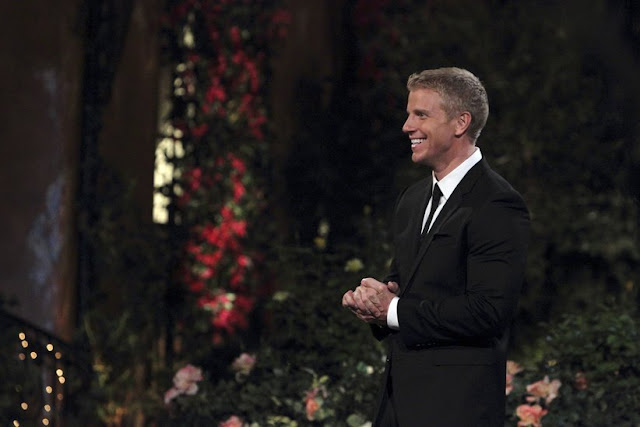 onto the live blogging:

sean is READY for this, with his flesh colored hair, there is nothing stopping him. what is sean's career, exactly? an underwear model? i'm not really sure. i mean. a little treadmill running and weight lifting to start off the season right. can't even handle it.

shirtless rock climbing. i think sean may have written into the contract with abc that he needed to be shirtless the entire season or he wouldn't do it.

arie's all, shoot. why am i not the bachelor? but i have my own feelings on why he's not. ahem.

someone help me with the will you accept this rose talk. i can barely watch cause i am embarrassed for them.

"you're kissing with your whole body" dubbya tee h.

sean: i see myself spending the rest of my life with one person. i mean… i hope so.

is the fifty shades of gray girl serious? which, btw, i have not read that book and you can read how i feel about it that, here. (preach it, leslie.) she has actively searched for a boyfriend but has no idea why she doesn't have one. i just don't know, ash.

i didn't know there was such thing as a professional organizer. but she might want to come here. now.

is it just me or do do sean's eyes seem to be a bit bulging while meeting the ladies?

what is that handshake? and should i change my name to daniella?

the handstands. i have nothing else to say about them.

tierra. i think you might be crazy. i just get am getting an inkling. maybe it's your name? i don't know.

i can't bear with any more introductions. someone hold me.

kacie b. what what. she has such a coy smile.

um taryn. if you don't fight for guys… you're probably on the wrong show.

rose ceremony: can't deal with the way kacie is looking at the camera.

can barely keep my eyes open. there's so much fun to come, guys! can you take it?