it's been a long road getting here. hasn't it? finally we are at the finale and i can stop watching television all together. #thisistheonlyshowiwatch

hi honey! emily says when jef says hello. i always feel like honey is more of a child name, than a love interest name.

i sort of hate how each family member goes in separately and sits on the same couch with jef to talk. can they all just talk together? let it out, people. brother ernie kills me. he will not crack a smile.

jef's hair is a little crazy right now. get the man a comb and some hairspray.

i feel bad for arie that everyone is just sitting there while he is talking nervously. just because y'all liked jef doesn't mean that arie is a bad person. why would you think he was arrogant? rude.

is ern-dog a cowboy? a sheriff? a deputy?

is arie walking home? get the boy a cab.

i am so bored right now. i can't even keep my eyes on the tv. i should have bought the ice cream i wanted at target today- it would have made this three hour nonsense a whole lot better.

why did emily change into a jean button up shirt over her bathing suit? awkward.

what is jef's tattoo? i want one in the same place.

jef and emily already have had this conversation about him not kissing her, and how their past dates went, ONE HUNDRED TIMES. and they even reenacted it with puppets. move on!

i feel so bad for arie. THIS IS WHY YOU DO NOT GO ON THE BACHELORETTE, PEOPLE.

it makes it even worse that he goes ON AND ON about waiting for her to say how she really feels to him. STOP. pit in my stomach as she walks up to him.

but, props to emily for doing this.

is there a bird making noise in the background as emily tells him that it's not him??? or is that one of my kids making strange sounds in bed?? please tell me someone else hears this.

arie just saying give me a hug was extremely awkward.

THE LIVE STUDIO AUDIENCE. I CANNOT DEAL. tears in their eyes. blink em back. 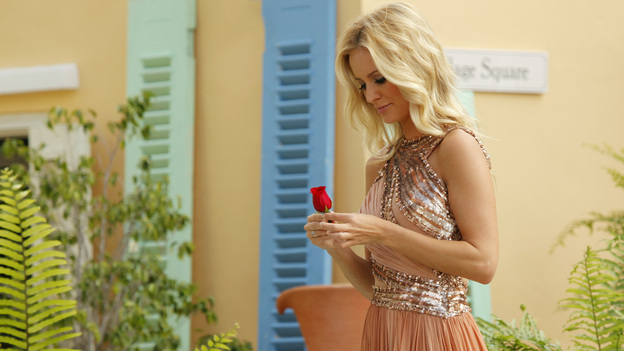 chris harrison just said that ashley has been in emily's shoes… literally.

wait, she has? they are the same shoe size and swap heels? i didn't know that.

who is this person in a green tank top and did chris harrison just say come here baby to her?

what is that body on this ashley chick? and who is she?

jef has no last name when neil lane introduces himself.

if you think that you are going to say no when jef asks you to marry him then i think you are unsure of your feelings for him. which is probably true because you are on a reality tv show.

emily is strangely not even emotional telling jef all these things about how she feels? weird. she was bawling say bye to arie but doesn't shed a tear and just happily shrugs her shoulders when she tells jef she is in love with him? why?

audience applause as she accepts. which she was going to do all along. abc was just building it up that she was unsure because they didn't have any other man to build up the drama with for the final rose.

i am a man who will fight for your honor.

emily (another sassy blonde emily) and i are dying over this song choice blasting our faces off right now. 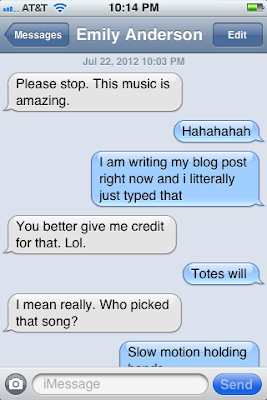 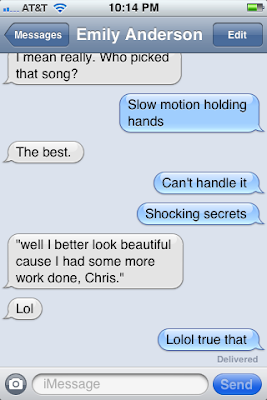 would you really be happy with a piece of tape around your finger, em?
i am not sure that your answer to that is truthful.

um hi. why are we still talking with arie when there are only thirty minutes left on the show and we haven't even seen jef and emily together? i am waiting for her to announce their eloping and pregnancy. (i made that up, i should write tabloids)

i also feel strongly that emily's answer to did you read the journal? isn't true. i mean, i don't want to call the girl a liar but if a journal of a man you were in love with like… yesterday… was sitting next to you for two months. i'm gonna guess you read it.

so… yah. that about sums it up… congratulations to jeF & emily!