You do the math.

And if you did it correctly, you would be left with 13, which happens to be how old I was when I met my husband.

I’ll just throw it out there that if my daughter meets someone at 13, there is no way she is going to be marrying him, but we can deal with that in ten years (or not).

Going back to that day happens to be something that plays out in my mind often, as it is etched in the timeline of my soul. Things that happen and you simply KNOW they did for a reason (even if everything does, there are just those things…..).
I sat across from him at a pizza parlor (Shakeys, to be exact) and he was older.
Cuter.
Wearing an Adidas puff jacket and Colorado boots. SilverTab jeans and gel in his hair.

Being 13 put me at a disadvantage, seeing as he had his drivers permit, but I didn’t care. If you’ve met me, you know I’m a bit fearless and willing to talk to just about anyone about anything, even if I might be slightly intimidated and so it was here.
I was younger but wiser than the other ladies at the table who were arguing over who got the only seat next to the football player.
See….football players aren’t the way to go, ladies.

Soccer players are. They’re almost always smart, quick-witted and have an eye for quality.

Or so I tell myself when Sean asked me to be his girlfriend, a year later.

I wiggled my 14 year old heart into his and so it’s remained, all these years. 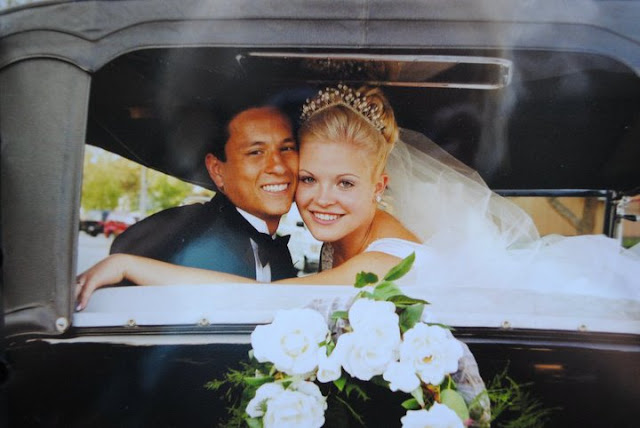 It’s been a long, winding, wonderful 18 years and as it stands right now, I’m not quite sure what my life would look like without Sean.
In fact. I don’t think it would BE my life, without him.

He’s as natural to me as breathing and each day, at some point, I stop and think….

“Think of how much you love Sean and multiply that by infinity. That’s how much I love you.”