I met him through a friend, that’s my usual response and it seems too simple an answer, but it’s true. Our friend Jenn brought us together and on the night we met I only noticed that he was terribly funny and seemed nervous or shy or uncomfortable. Now he tells me that’s because he was intrigued by me, the new girl in a group of old friends.

Three months later I called Jenn to ask her to go to a movie or something and she had plans with Ryan, the funny shy one from the party. They were always just friends and so the three of us went out together and we were entirely just friends and I didn’t care. For the first time, at the beginning at least, I refrained from the ruminating relationship questions...

Then it happened one night, not the conversation or the kiss, that all came later. But this was more than that. This was the future speaking to the past speaking to the present and it felt like electricity between us


We were sitting on a bench attached to a wall that held up the building where his brother, the jazz musician, played with his band and we listened. I was listening to drums and a piano and a bass and so much more. There was space between us but something there, a thing I had never felt before no matter how many times in and out of love. My heart and soul were pulling past my ribs and reaching for him, that’s what it felt like, and it was so palpable it was playing from the stage and in my mind, bringing the questions…

Wait. What is this? WHAT is this?

I didn’t know then. Then, I just let it be butterflies while knowing it was something else I could never predict or know. A thing that left me reeling and seeing that this person was someone I could not imagine not being in my life. 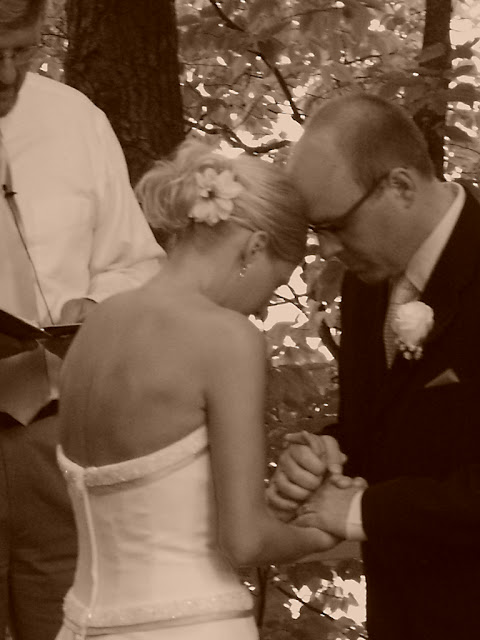 What I know now is that I was being pulled toward this man, the one who would come to know me as wife and mother. The one who would listen to me cry in the night with confessions and see me through so many things. What sat between was the music of words and experiences through all the years to come, the kind that bind you up to being one person and you cannot be you without those memories with him. There they all were, what we have already seen and what we’ll come to see, flowing through my ribs and out to his. There were endless days of mundane tasks and fights in which I would throw paper to make a point and he wouldn’t even laugh at me. It was two pink lines times three and holding my legs still, to stop the shaking from bad news, again and again. It was laughter when he first tried babywearing and it was a trip to Florida and it was s’mores in the backyard and watching Friday Night Lights marathon style because we just can’t stop. It was locking eyes on the way to the ER and it was a whisper, “He weighs 10 lbs, 10 ounces.” It was a thousand inside jokes and even more moments of his putting up with my martyring whines and stomps. It was a silver band on his hand reaching for one on mine and it was the day under the trees when we vowed and we put our foreheads together like we did the day of the surgery on our little boy’s brain and we just prayed. We just stood there and let our souls wrap up in need. Oh this is too heavy for us, we said through skin touch, help. It was addiction and recovery, diets and triumphs and failures and slamming down and picking up. It was passive aggressive adjustment to adult life and it was growth through pain and joy. It was fluid music that still plays when we fight it and look at each other through aggravated and exhausted eyes. It was fluid music that still plays when we go back to what we were, when we can take a breath for a moment and really see each other. It was my soul saying to his soul, Oh there you are, the one I love. Because a soul loves better than a mind or heart and so the day we met I guess they shook hands and decided to pull us through, whatever the funny or the uncomfortable or the right or wrong or in or out.

I have found the one my soul loves, and he is mine. I met him on a night when I was invited there to meet another guy, truth be told. But this is Life with its unpredictable surprises that turn out right no matter what detours we take. This is the life I can’t imagine without him. This is what played between us, the night it flowed and we leaned to touch shoulders and kept going.

Heather blogs at The Extraordinary Ordinary.
at 2/06/2012