Hi! I am Kristen and I blog at Rage Against the Minivan. I have been blogging about the silly and serious details of my life for over three years, but can you believe I have never written out the story of how my husband and I met? I’m so glad Danielle asked me to do this, because it motivated me to sit down and write our story. 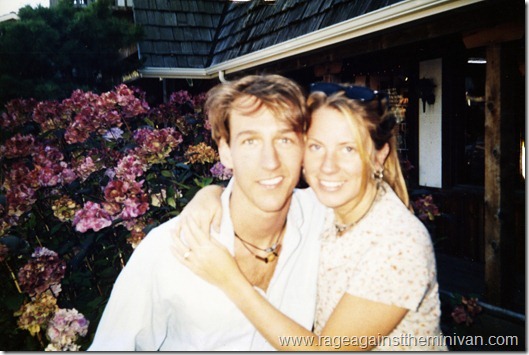 I met Mark on my first day on campus at Cincinnati Christian University. My parents had driven me up from Florida and that afternoon we said our tearful goodbyes. I wanted my college experience to be an adventure and a fresh start, and so I went to school in a different state where I didn’t know a single person. I met my roommate Tara that day, and she was also from out-of-state and didn’t know anyone. We decided to roam the campus and try to meet some of the other students.

There were many people out and about that night, but a boy named Mark Howerton definitely stood out. He went by “Howie” in those days, and he was a tall surfer who reminded me so much of my friends back home in Florida. He was really funny and we hit it off immediately, but to be honest, I didn’t really think of him as a romantic prospect. I had a boyfriend back home in Florida, and Howie seemed a little bit goofy and not quite as serious as the boys who I usually dated. He seemed like a lot of fun, though, and I was excited to be friends with him.

Howie was a sophomore so he had already been at the school for a year. My freshman year we hung out in groups a few times, but not much more than that. We both went home for summer and came back the next year, and suddenly Mark was catching my eye.

This is the part of the story that sounds insanely shallow, but listen . . . this was the early 90’s and I was a fan of Kurt Cobain and grungy boys with long hair. What can I say? Mark was growing out a buzz cut when we met and his hair looked like Zoolander for most of my freshman year. But when I came back from summer break, his hair was longer and suddenly I heard bells ringing: My friend Howie is HOT! 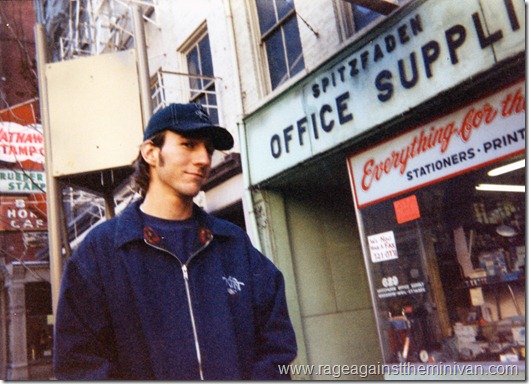 I mentioned my newfound attraction to my friend Kendra, who had dated him a few years prior, to see what her reaction would be. She was really affirming, and had very nice things to say about him – which spoke volumes given the fact that they had broken up. Mark was also becoming better friends with my best friend Brad, who made it his mission to hook us up.

Well, Brad didn’t get the chance. Mark and I ended up in the same geology class, and a part of that class involved a weekend field trip – camping, horseback riding, and cave hiking. This weekend gave me a lot of time with Mark and it was obvious to everyone that by the second day, we were completely smitten with each other. We took a moonlit walk on our last night there, and got to know each other better. There was much more depth to him than the surface. Mark was smart and thoughtful and hilarious. That night, we walked through the woods holding hands and stumbled upon a huge waterfall that seemed meant just for us. It was a beautiful moment and I could sense that this relationship was going to be BIG. 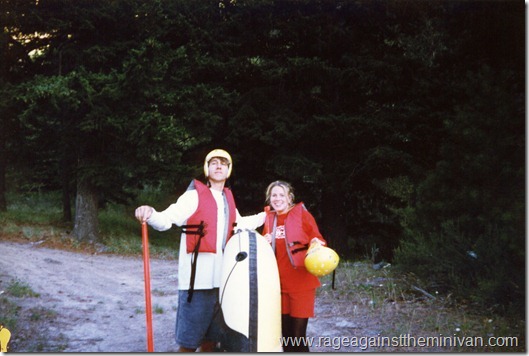 We got back to campus, and started hanging out more. I was 19 years old and Mark was 20, and we both had serious reservations about being one of those typical bible college couples that gets married after a year of dating. We even had several talks with each other about how we wanted to take things slowly. But the relationship evolved pretty quickly despite our best efforts, and by the time summer rolled around, the thought of being apart was hard for both of us. Mark was slated to work for a summer camp in Washington, and I spent a few weeks in Florida with my family and then joined him as a staff member at the camp. It was a rocky summer – Mark was a program director at the camp, but I was in a tough role, chaperoning groups of girls each week and then cooking and cleaning up after them in my downtime. I had some regrets about following a boy across the country and taking a job I hated . . . but we also had an amazing time. We went camping and exploring on the weekends and by the end of the summer, Mark proposed. That couple that was so determined to take things slow? We were engaged after less than a year of dating. 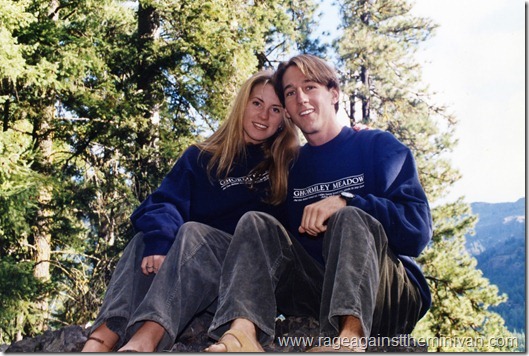 Our proposal was very romantic – Mark took me into a meadow near the camp, and sang a song he wrote for me. Mark is neither a singer nor a songwriter so the moment was incredibly sincere and romantic. I had no doubts in my mind when I said yes to him. And then I got to return to a cabin full of screaming high school students to show off my ring. 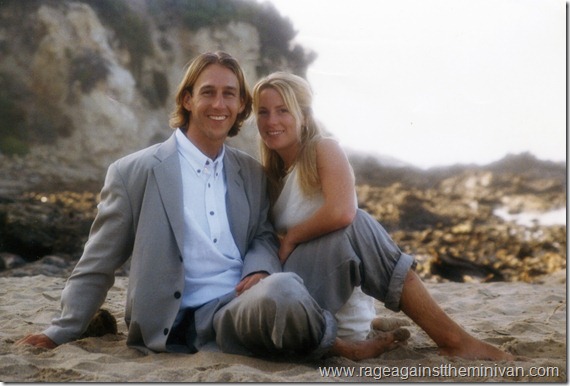 We were married a year later, just after my junior year of college. Our wedding was truly the best day of my life. Looking back, we were soooo young, and we had a lot to learn about life and marriage. Our first year of marriage was rough, but at the same time being married so young really allowed us to grow up together. So much of who I am as an adult I owe to being shaped by my husband. 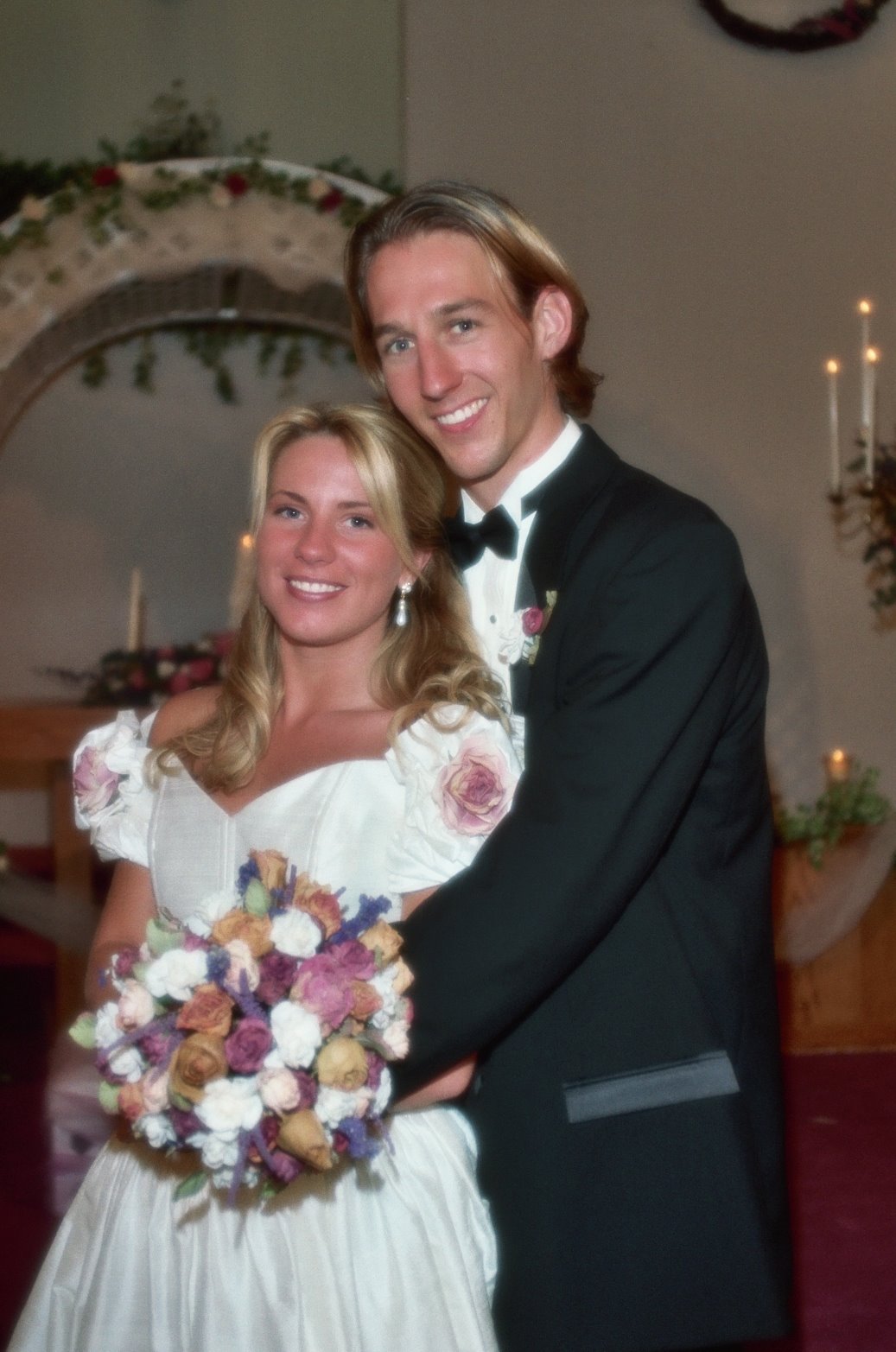 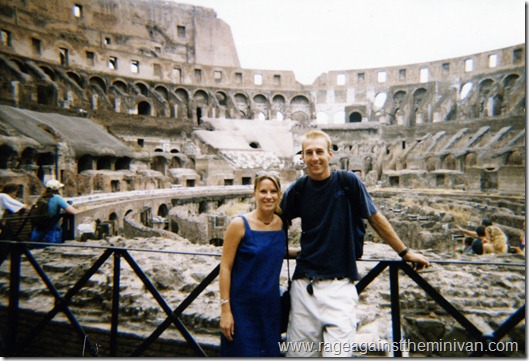 Our marriage has faced many obstacles in the last 14 years, and I don’t think that starry-eyed couple could have ever imagined what was to come – that one day I would be helping Mark learn to walk again after a car accident, that one day Mark would be giving me hormone shots in our bathroom to try to sustain a failing pregnancy, that we would eventually mourn the loss of five pregnancies, or that we would be parents to four kids within four years. But I am grateful that our relationship was based on laughter, honesty, adventure, faith, and friendship, because it is the foundation that has gotten us to where we are today. 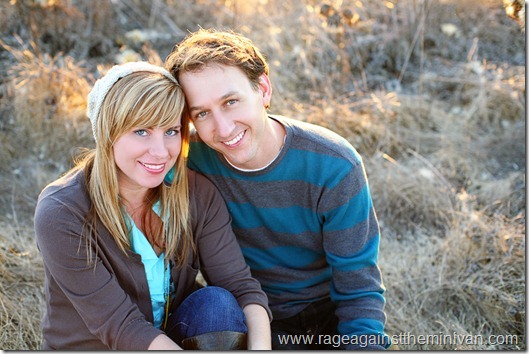 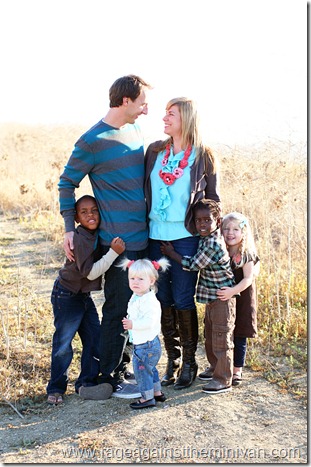